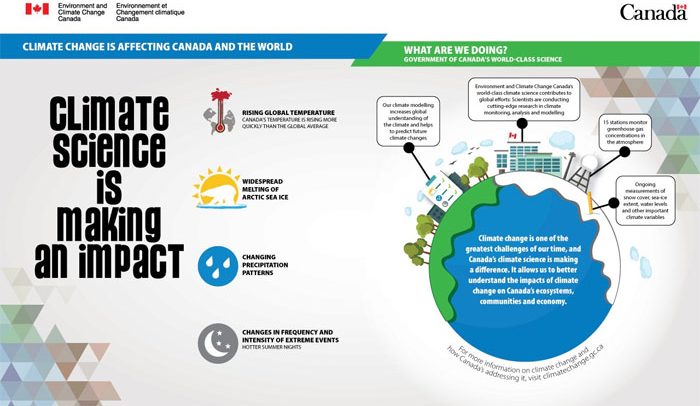 The world recently met to talk about climate change in Berlin. The engagement is part of a new-found need to deal with this challenge which threatens the survival of not only our generation, but also the ones yet to take our place.

Climate change is one of the subjects hardly known in Ghana, let alone discussed safe, of course, in academic circles the outcomes of which do not come near implementation.

President Donald Trump even dismissed the worrying trend as a ruse and therefore unworthy of his attention. Perhaps with time, he would come to terms with what it entails.

Now the subject has come to us in Ghana with the President and the Foreign Affairs and Regional Integration Minister tackling it at the international level. It is time to move the subject to the front burner for meaningful discussions and the necessary policy action.

Perhaps starting a conversation on climate change in all the strata of the educational system would not be a bad idea for a start. This can be moved to the public stage through public education at local levels.

The subject should be broken down to the understanding of ordinary persons on the streets so that we can adopt a better way of dealing with the environment. This way, we would be making headway towards reversing the challenges created by the abuse of the environment and the effect of this on climate change.

The global village which the world is makes one part suffer the negative consequences of what happens in the other.

We, for instance, know how it is the advanced industrialized economies which are responsible for greenhouse emissions and how the fallouts affect all parts of the world.

With no frontiers for climate change, the faux pas in human practices in one part of the world has devastating impact in another.

The extremities of weather patterns now being suffered in all parts of the world are attributable to climate change.

The vagaries of the weather have denied peasant farmers the ability to rely on old time methods of determining rainfall patterns and other phenomena to assist them in their farming practices. The climate change phenomenon is surely responsible for the situation.

As the Foreign Minister observed during her submission during the 9th edition of the Climate and Security Conference in Berlin, the socio-economic impact of the phenomenon can be seen in the areas of agriculture, health and general wellbeing of human beings.

Certain species of fish are on the verge of becoming extinct; their habitats at various times on the calendar adversely affected by the ravaging climate change all over the world.

The world’s marine stock is being threatened by climate change in an assortment of forms, a reality which, of course, could adversely affect global protein and for that matter food security.

Let the experts educate us on the importance of planting more trees and generally having a green country.

The ice sheets of the world are melting at an alarming rate and we continue to deplete the ozone layer, making the dangerous rays of the sun to reach us.