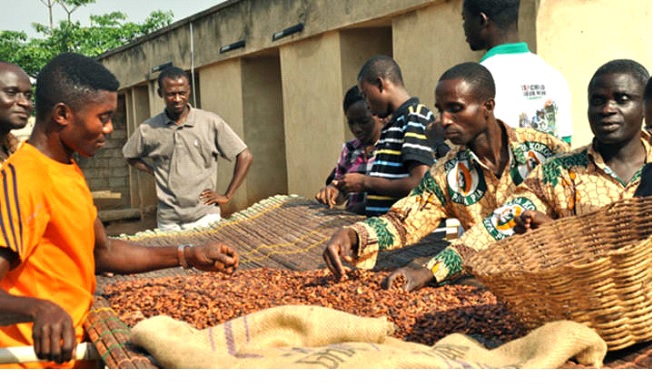 THE GHANA Cocoa Board has raised its farm gate price for cocoa by 21 per cent after implementing a US$400 per metric ton premium on future prices for the 2020-21 harvest, according to two people familiar with the matter.

Growers of cocoa beans in the world’s second-largest producer of the crop will receive GH¢625 (US$108) per 64-kilogramme bag, or GH¢10,000 per ton, for the harvest season that begins October 1 and continues through September 2021 after the Living-Income Differential (LID) has been charged on the beans.

This compared to GH¢515 per bag and GH¢8,240 per a ton in the current season that ends September 30, the people said, asking not to be named as the information was not yet public.

Ghana and neighboring Ivory Coast, the world’s largest grower of the crop, announced in July last year that the LID would raise the pay of farmers.

The pricing mechanism received mixed reactions from traders as the premium could not be hedged.

The farm gate price increase for Ghana’s estimated 800,000 cocoa farmers may boost President Akufo-Addo’s chances of re-election in December’s election. The President will be running against the former leader and main opposition candidate, John Dramani Mahama.