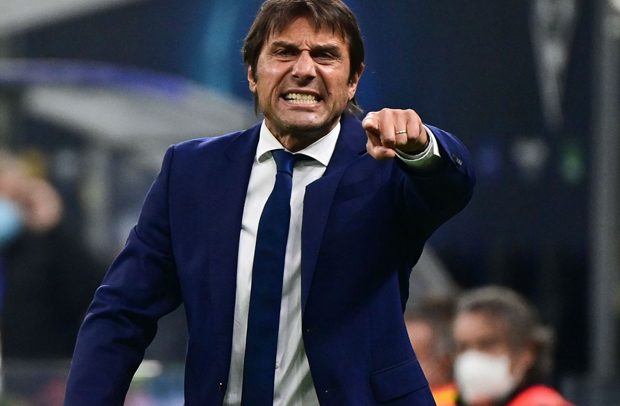 Inter Milan boss, Antonio Conte, has called on Juventus to “show more respect” and claimed he was insulted through their Coppa Italia semifinal second leg in Turin.

The match finished 0-0 with Juve progressing to their sixth final in seven seasons with a 2-1 victory over two legs.

Conte was caught on camera aiming an obscene gesture just before half-time, while Juve President Andrea Agnelli could be seen shouting curse words.

“Juve should tell the truth and I believe the fourth official should cite what happened throughout the entire match,” Conte told Rai after the game. “More sportsmanship and respect for those at work is needed here,” he added.

Conte was Juve’s manager from 2011 to 2014 with Agnelli as his President, though their relationship was soured with the ex-Chelsea boss’ sudden departure to manage Italy.

Elimination from the Coppa Italia has heightened the pressure on Conte as Inter only have the Serie A title to fight for this season. They are two points behind leaders AC Milan.

Inter were knocked out of the Champions League at the first stage when they finished bottom of their group.

Despite producing an impressive display in a 2-0 league victory over Juve, they were soundly beaten 2-1 at home in their Coppa Italia semifinal first leg just over two weeks later.

'Arteta Is Helping Me'