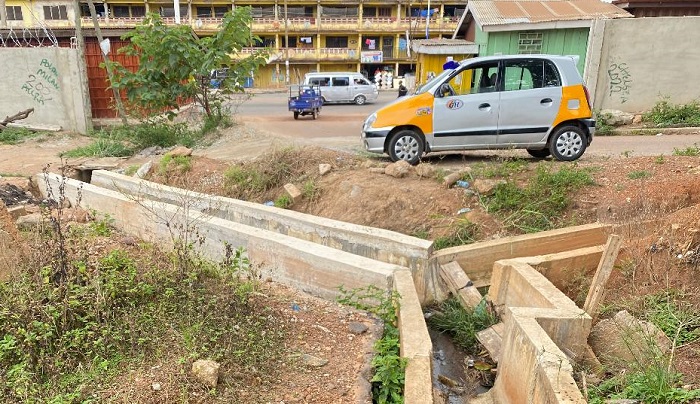 A ROAD project leading to the Kumasi Airport District Police Station has been abandoned by the contractor.

The road directly links the police station to the main Airport Roundabout to Buokrom road, which is a busy road.

As a result of this challenge, reported cases of crime is said to be on the rise at Buokrom and the nearby areas.

The contractor, whose name is not known to the paper, reportedly started the road project over a year ago.

When DAILY GUIDE visited the construction site on Monday morning, the contractor had left the project site.

The reason why the contractor had abandoned the site was not immediately known to the paper during the visit.

Some of the residents in the area that spoke to the paper complained bitterly about the action of the contractor.

According to them, the road leads to a major police station in the area so the contractor shouldn’t have left the site.

They therefore appealed passionately to the authorities concerned to compel the contractor to return to site now.

e-Cedi To Be Tested In Trial Phases