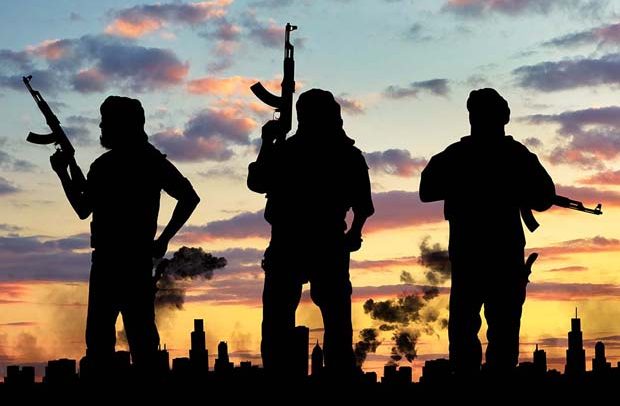 The subject of terrorism has never been so heightened in our public discourse. In previous times, it sounded too distant to be of any concern to us locally.

Today, with our next-door neighbor losing eight soldiers and scared to their marrow, we ignore the subject at our peril.

Boko Haram and ISIS belonged to places outside our geopolitical location, no longer so now. Today, the subject has progressed to the front burner and a media engagement on it organised jointly by the Information and National Security Ministries.

It is time to get water near us as the beards of our neighbours are on fire.

We are excited about the novelties entailed in the package of responses to the threat by the National Security Ministry.

Segmenting the various communities for the purpose of reaching out to their members is an approach which should not be ignored.

Churches, mosques, communities along our frontiers and others should be constantly engaged with a view to educating them about the insecurity confronting the world of which we are a part.

Documentaries, discussion programmes and media advertisements should all be considered in the dissemination process.

All of us, from students to security officials, should be more conscious about the terrorists next-door as we stated in one of the many commentaries we have composed on the subject.

We can defeat terrorists only when all Ghanaians understand the subject and know what to do when suspected terrorists are noticed.

The contribution of the French Resistance in the victory against the Nazis during WWII comes to mind. The support of the citizens in supporting the war effort with information helped immensely in the outcome of the war.

With effective coordination between our security agencies such as the Ghana Immigration Service, the police, the military, the National Investigation Bureau and the public, the terrorists would fail in their bid to spread their war of attribution and choice in our part of the sub-region.

Periodic interactions through roundtables with the leadership of the various segments of the population such as churches, mosques and markets would enhance the red alertness.

Identifiable radio stations which broadcast in our local languages such as Hausa, Dagbani, Twi, Ga and Ewe are highly recommended.

We can stop the terrorists through appropriate awareness creation and effective coordination among the various sectors of the population.

A Good Leader Remembers Those Who Help Him