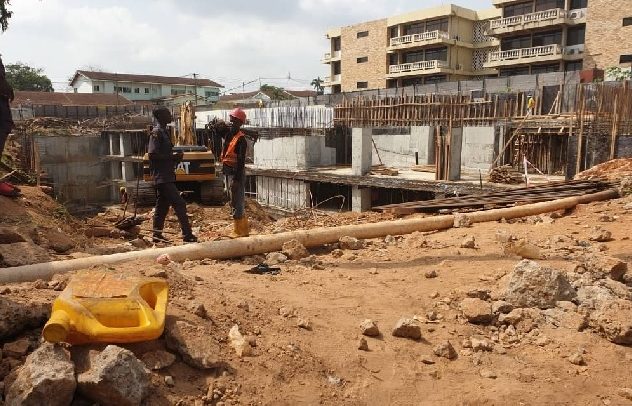 The Human Rights Division of the Accra High Court presided over by Justice Nicholas Mensah Abodakpi has issued a bench warrant for the arrest of Mr Samuel Hinson, the site manager of the Turkish construction firm that is putting up a 22-storey building at the Airport residential area which is now the subject of litigation.

Following an application for contempt filed against Kass Plus Company Limited and its site Manager by Association International School, the court found that Mr Hinson, the 2nd respondent in the matter, has deliberately refused to be attending the hearing.

On Monday, 20 January 2020 when the case was called, the lawyers of Kass Plus Company Limited, the 1st respondent, informed the court that their affidavit in opposition had not been served on the applicants.

The lawyers said they were going to follow up and make sure the applicants were served.

In the case of Mr Hinson, however, the court deemed him served through the posting of an order of substituted service granted on 5 December 2019 and posted on 20 December 2019 which was to last for 14 days.

The court, thus, issued a bench warrant for Mr Hinson’s arrest as requested by the lawyer for Association International School, Belinda Pwamang.

Last year, the Minister of Roads and Highways, Mr Kwasi Amoako-Atta, ordered the demolition of the 22-storey property under construction over the destruction of a portion of the road by the contractors.

“The owner of this property should be arrested immediately”, the minister ordered angrily when he toured the site on Wednesday, 18 December 2019 following numerous complaints from residents in the area.

“The contractor, all those working here must be arrested immediately”, he ordered.

“Look at this! And you destroy the road; the public road. In which country can this be allowed?” he confronted the foreign contractor who stood disconcerted in front of him.

“In your own country, can anybody do this?” Mr Amoaka-Atta asked the contractor, exclaiming: “It’s madness”.

“The owner of this property is not bigger than this country”, he told the foreigner, adding: “Even the President of the Republic, with all the executive powers in his hands, can’t do this and won’t do this”.

“What kind of indiscipline is this? You sit in this country and allow this nonsense to go on? The impudence. You enter into the road corridor, creating inconveniences for all those who use this stretch of the road, you have destroyed the road and you think you have the power to do that? You should be arrested and prosecuted”, the minister told him.

“Is National Security here?” the minster enquired. “This man must be picked. Please pick him. And arrest him. Put him in the car”, the minister ordered angrily, stressing: “This nonsense will not be allowed in our country”.

“Foreigners come into our country and engage in all kinds of things. You destroy a public road, a public property because of this property? Can you do this in your own country?” he decried.

“Arrest him and National Security should stop the construction”, Mr Amoako-Atta directed, ordering: “And anybody engaged in it, please arrest all of them”.

“We are more sensible than those in your country. Can you do this in your own country? The impudence. You break into the road. Everybody here should be arrested. Look at how you have destroyed the road with impunity”, he pointed.

“Raze the whole thing and provide our own security here”, he ordered.

I Am Not Sleeping, I Understand The Issues - Rawlings Replies UEW