A customs officer’s remarks after seizing wads of fake dollar notes from a man suspected to be a Nigerian, has earned him condemnation from both Nigerians and Ghanaians for his undiplomatic language.

Although his name is unknown, the video of him passing the unsavoury remarks has gone viral locally and international – Nigeria.

The officer whose face is not shown in the video begins his remarks as he opens the polythene bag to show the wads of what he said are fake dollar notes. “This is the parcel of fake dollar notes, all bearing the same serial numbers; found hidden beneath the seat of a Nigerian registered Toyota Highlander vehicle. The driver and the occupants of the vehicle some young guys managed to flee into the bush. We searched for them but they could not be traced. That is what our brothers – Nigerians, attempted to smuggle into the country, on Monday around 3am. The young men fled into the bush and all attempts at getting them yielded no fruits” he said. The knockout part of his remarks was at the end when he said “So beware of Nigerians,” a generalization which does not cast the image of the institution he represents in good light. 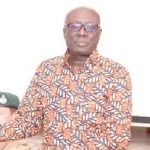