Day To Reflect Upon The Constitution 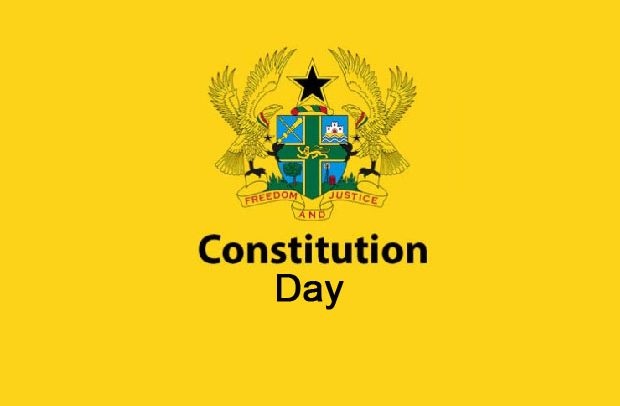 Today is Constitution Day, a statutory holiday the importance of which is oblivious to many.

For such persons oblivious of what the day is about, it is about just taking a day off work.

As a day set aside for the commemoration of the establishment of the new 1992 Constitution of the Fourth Republic, the previous ones, having been annihilated by military adventurists, it is a day for reflection which should be observed as such.

On every 7th January since its establishment, it is also used to usher new governments at the end of general elections.

Today is not one in which a new government is being ushered into office but one which should afford us the opportunity to take a look at how we are doing as a country, operating a constitution birthed after the interruptions to previous constitutions.

It will be recalled that following the ouster of the previous post-independence constitutions, the current one was adopted after a referendum held on April 28, 1992 and established on the 7th of January 1993.

As a statutory holiday, it is part of the Public Holidays Act of the country and should be observed as such.

We think, however, that merely sitting at home and not going to work on such a day does not visit us with the productiveness such a day should.

Symposia and other programmes when they are held towards enlightening us about the importance of the 1992 Constitution vis-a-vis good governance and human rights and our civic responsibilities, would go a long way in enhancing state institutions and making us better citizens.

The Constitution, our Magna Carta, as it stands today, is the outcome of the indefatigable efforts of our compatriots who, guided by the dark chapters in the country’s history, settled on the tenets of this governance guide.

Since its adoption, there has not been any disruption to it as were previous ones feat for which we deserve pats on our backs; in spite of the encountered challenges we have by and large adhered to, the contents and spirit of the Constitution.

While we can pride ourselves as having done well in maintaining our Constitution, something a few countries in the West African sub-region have failed to do, there are nonetheless grey areas requiring amendments.

As a document, not static but one which evolves with time, constitutions should be subjected to periodic reviews to ensure that challenges which crop up occasionally do not become disincentive to good governance. This notwithstanding, arbitrariness and frivolity should be eschewed when such a Herculean task of constitutional reviews and amendments are being considered.

Our Parliament, a critical feature of our democracy dependent upon the Constitution, has showed symptoms of infirmity.

The Speaker’s tenure has so far deprived the House of the deference it requires to maintain the confidence of the people.

Two spectacles recorded so far in the life of the current Parliament have stabbed the underbelly of the Constitution.

Reflecting upon such deficiencies and the way to obviate their future recurrence should be some of the issues to reflect upon on a day like today.