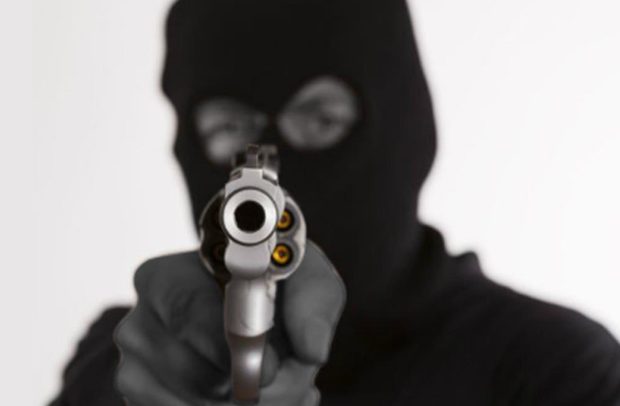 A daylight street armed robbery attack on a bullion van has reportedly occurred at Sakumono near Tema in the Greater Accra Region.

The robbery gang was said to have made away with unspecified cash sum belonging to Paa Nii Agency and other valuables.

The bullion van was allegedly on his way to Cal Bank with bank official, police personnel and driver when the incident occurred Monday behind Danpong Hospital and in front of Harvest Christian Academy at Baatsona on the Spintex Road.

Information available to DGN online indicates that at about 3:30 pm Monday March 1, 2021, police control received a call about the robbery where onlookers had gathered.

The bullion van was reportedly seen coming from Danpong Hospital direction ahead of a black Toyota Camry towards the main Addogonno road linking Baatsonaa and Nungua.

Upon reaching opposite the Harvest Academy, the black Camry overtook the bullion van and abruptly stopped when one of the occupants quickly came down and gave a warning shot into the air and immediately, the driver of the bullion van and one other person perhaps out of fear of their lives, alighted and took to their heels through the school leaving only the Policeman escorting them in the car.

Immediately, the armed policeman was ordered out of the bullion van by the robbers who numbered around four and assaulted with a mallet and again ordered him to lie down on the road after he was disarmed and his Service rifle seized.

The robbers used the mallet to damage both the padlock and the second lock on the bullion and packed the money and escaped with it in the waiting black Camry.

Later, the driver of the Bullion van, a staff of CAL Bank, Baatsona Branch, one Ebo Amissah appeared at the scene with other officials from the bank and narrated that at about 3:30 pm, they were from Paa Nii Agency dealers of building materials accompanied by a colleague CAL Bank personnel named Elijah Asante and the policeman identified as Evans Baafi of Sakumono Police Station with the cash when they were suddenly overtaken by the robbers and got them robbed.

Besides the cash, the amount of which is unspecified, one Samsung tablet and two CAL Bank cheques from Paa Nii Agency with face values of GH¢17,000 and GH¢50,000 each were also taken by the robbers.

According to the bullion driver, the Police Officer and his colleague sustained injuries so they both joined a Police vehicle to be sent to the Police hospital where they are receiving treatment.

Meanwhile, in the course of combing the area, one Philip Tamakloe, 26-year-old man of Addogonnor was arrested by Police Patrol on suspicion that he might be part of the gang and detained.

Three spent and one live AK 47 ammunition were collected from the scene.