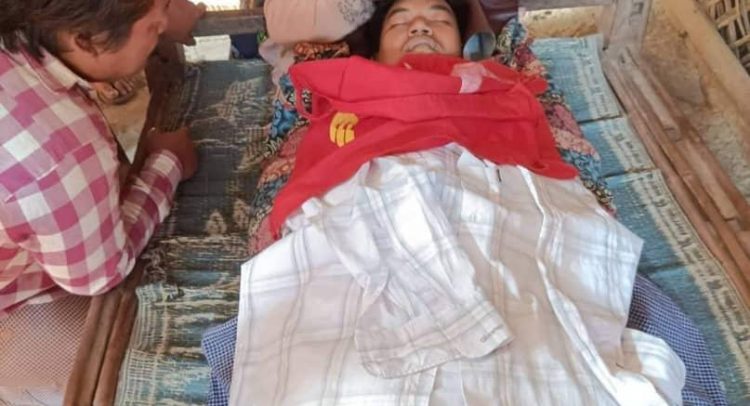 A human rights group has reported that at least 550 persons have been killed across Myanmar in security forces crackdown against anti-coup protesters.

According to the Assistance Association for Political Prisoners activist group, some 46 children and young people were among the 550 deaths in the protest crackdown in Myanmar.

The protests began on February 1 , 2021 following the military takeover of power from a democratically elected President,
Aung San Suu Kyi.

According to the rights group in its report, an estimated 2,751 people have been detained or sentenced.

At least three persons were reportedly killed by security forces in Myanmar’s anti-coup protest in Myingyan, Mandalay, on Monday, March 29, 2021.

The killings were reported widely on Tuesday morning, March 30, 2021.

An unnamed Myanmar’s rescue was quoted by the media as saying “[They were] shooting at every shadow on streets, even dogs.”

What has happened so far?

Independent news outlet, Myanmar Now in a tweet sighted by DGN Online said, “despite lethal crackdowns on Sunday, protesters are returning to the streets in different parts of Yangon. https://t.co/WhfyeZs7po”.

Reports indicated that soldiers chased after the protesters into the alleys of Hlaing township in Yangon.

According to the report, police fired the protesters on the deadliest day of anti-coup rallies.

Other reports by local media outlets in Myanmar indicate deaths were reported in several cities including Yangon, Dawei and Mandalay.

Police are alleged to have used live rounds and tear gas.

The crackdown by security forces on protesters is reported to have started on Saturday, February 27, 2021.

Reports say protesters remained determined to bring an end to military rule despite the crackdown by security forces.

Despite of deadly crackdowns and bloodshed in some areas, local people in Mandalay continue coalition strike with students unions#WhatsHappeningInMyanmar #Apr3Coup#InternetShutdown pic.twitter.com/FhwV8cvasD