Dee Moneey Calls Out Sarkodie For Ignoring His WhatsApp Message 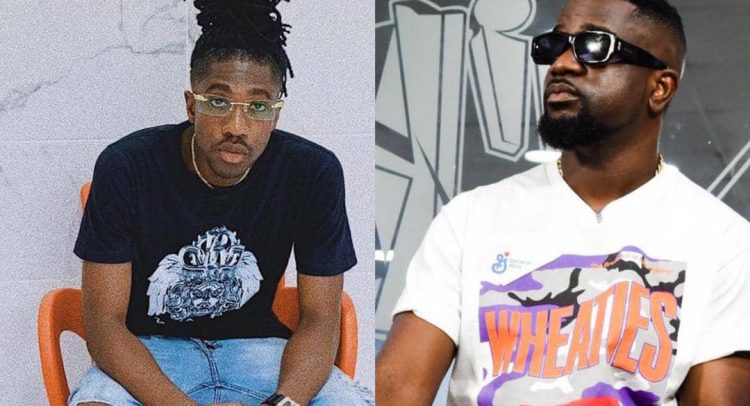 Rappers Sarkodie and Dee Moneey have been trending on Twitter since Thursday morning over claims that Coachella crooner ignored Kpokpo Body rapper’s message on WhatsApp.

Sarkodie on Wednesday tweeted his WhatsApp conversation with South African rapper Cassper Nyovest on his timeline.

In that conversation, Cassper recorded a voice note in which he spoke Twi and said “Chale e den na ekor so.” An impressed Sarkodie decided to shared the conversation with his followers.

“Y’all get my brother @casspernyovest a Ghanaian passport ASAP,” he said.

But not everyone is happy about the tweet. Fellow rapper Dee Moneey, replied the tweet and said, “Ah so your WhatsApp dey work? Cool.”

Dee Moneey’s response could only mean that he may have sent Sarkodie a WhatsApp message and he is yet to receive a response or he has been blocked by Sarkodie.

The two rappers have been trending while some persons troll Sarkodie.

This is happening not long after rapper Edem complained about how Sarkodie refused to pick his countless calls when he had booked a video shoot with him.

But Sarkodie in his response said even his mother also complains of the same issue.

He ignores WhatsApp messages too.

Chamber Of Pharmacy Calls for Collaboration in Vaccine Search