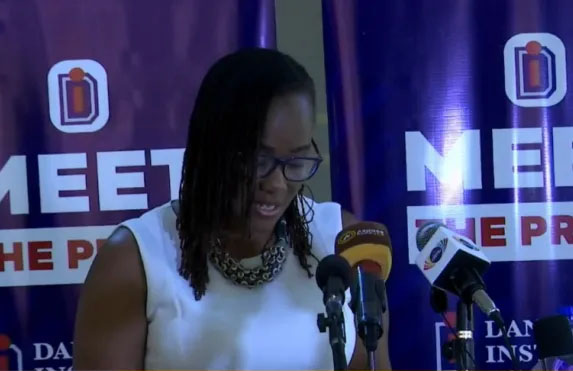 Policy analysis group, the Danquah Institute (DI), says the government’s focus on tackling unemployment, particularly among the youth, in the 2020 budget is the best policy any nation can have in a post-COVID-19 pandemic era.

The DI, which is pro-New Patriotic Party (NPP), said the attempt by the government to bring in about one million jobs within the next three years, as outlined in the budget, should be supported to bring hope and reduce the burden on the youth.

Executive Director of DI, Dr. Antionette Tsiboe-Darko, in a post-2022 budget analysis said during a press briefing yesterday that the government has been able to identify challenges facing the youth and is seeking to offer tangible solutions to the problems.

“We would like to emphatically commend the government for taking the time to understand the youth employment challenge, embarking on extensive consultations with stakeholders including youth associations and educational institutions across the country and developing the YouStart initiative as a key vehicle to create 1 million jobs in three years under the Ghana CARES programme,” she said.

“This initiative, which is set to be operational in March 2022, is holistic and will provide one of the permanent solutions to the youth unemployment challenge the country has faced over the years under successive governments. The YouStart initiative is the vehicle for supporting young entrepreneurs to gain access to capital, training, technical skills and mentoring to enable them launch and operate their own businesses. In time, the youth who were hitherto, members of the Unemployed Graduates Association will become employers who will in turn employ other youth.”

She said that through the YouStart initiative, entrepreneurs can apply for support through a dedicated YouStart online portal and after successful application, the youth can access skills training and development, entrepreneurial support and business advisory services, competitive credit and starter packs, as well as mentoring and access to markets including portals to facilitate “digital linkages” between youth-led enterprises and other businesses and relevant government agencies.

She said that they will also be eligible for soft loans of up to GH¢50,000 to help start-ups (for young graduates and school leavers) and small businesses to expand; starter packs for equipment acquisition up to GH¢50,000 for individuals and GH¢100,000 for associations and groups; and a standardised loan package between GH¢100,000 to GH¢400,000 at concessional rates for SMEs from financial institutions.

“Without a doubt, the YouStart initiative will tackle youth unemployment from its roots and prevent the perennial problems of the teeming youth who graduate from school and have to cart their CVs around for non-existent jobs. This is a clear indication of the government’s commitment to secure the future of the youth by creating a robust financing eco-system capable of supporting businesses from the early to mature stage. DI wishes to encourage the youth to take advantage of the many initiatives outlined, some of which are already being implemented,” she stressed.

The DI also waded into the proposed E-levy debate and said the government’s effort to make the levy pro-poor should not be taken for granted.

“DI commends the government for making the levy pro-poor (exempting those whose daily transactions do not exceed GH¢100 (or GH¢3,000 a month) and further suggests that further prospective tax payers could be categorised into about four groups, each group being made to pay a different percentage in accordance with the amount transacted,” she said.

The DI Boss went on to explain for instance that “level one pays a certain percentage for those whose daily transaction ranges from above GH¢100 to GH¢300, level two pays a higher percentage for transactions from GH¢300 to GH¢500 a day, level three again higher etc.”

They recommended to the government to hold broad based consultation with the stakeholders so as to make the levy acceptable to the populace, saying “we need to remember for instance that, when the VAT on financial services was first introduced, it was suspended and not implemented immediately. It took over a year or two for government to do a lot of consultations, before coming out with an indicative list of fee-based financial services. There was extensive consultation before implementation of the VAT on fee-based financial services. The proposition has been made. Let us come together to make it work!”

According to the DI, the ‘Ghana Beyond Aid Agenda’ being pushed in the budget “will change our narrative as a country,” adding “as part of this agenda, more factories will be built to create jobs for the youth.”

“Technical and vocational education will be deepened to provide the needed human capital for the industrialisation drive. A stronger macroeconomic environment is already being built among other things; the cedi has been performing relatively better, cost of credit is now far lower than it was in 2016 (policy rate declined from 25.5% in December 2016 to now 13.5%), gross international reserve has increased from 2.8 month import cover to now a 4.9 month import cover; inflation has declined from 15.4% in 2016 to now 11%.”

It said that with a strong macroeconomic foundation, local production is set to increase to involve more Ghanaians in production, widen the tax net (to reduce overdependence on aid) and reduce imports and rather increase exports (to ensure a stronger cedi).

It also said that the government’s efforts in digitalising the economy will surely enhance domestic revenue mobilisation.