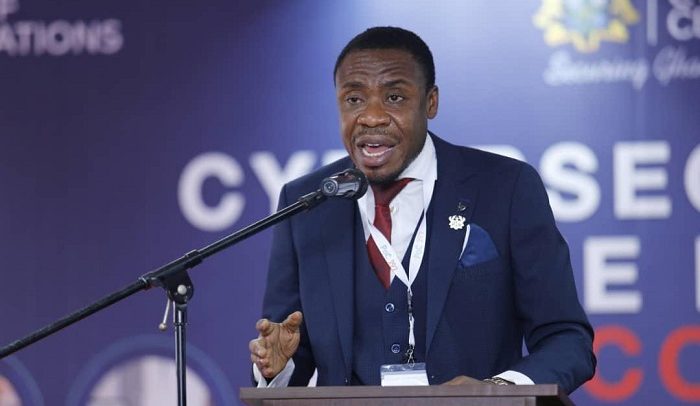 Chairman of Risk Communication and Community Engagement for Ghana’s COVID-19 response, Da Costa Aboagye, has described the testing regime at the Kotoka International Airport (KIA) as robust, hence urging Ghanaians not to bastardize it.

He said the KIA testing was one of the best physical protocol mechanisms in reducing the importation of cases into the country.

Dr Aboagye who told the GNA explained that positive test at the airport would normally be subjected to genomic sequencing to determine the type of strain.

The Food and Drugs Authority validated the equipment and processes of testing at the KIA often to give assurance of the testing regime, he stated.

Once the public health system in Ghana detected a positive case, no other independent result was accepted until the affected person had completed mandatory isolation including associated treatment, a further test and was discharged by the Ghana Health Service.

Dr Aboagye said no exemptions were made to anyone regardless of status, adding that persons who tested positive were likely to expose people around them and should desist from conducting independent test afterwards.

The Chairman said persons who tested positive at the airport were under the control of the Ghana Health Service and assessments were normally conducted to determine whether a positive patient should be offered the home, hospital, or hotel management.

He explained that these assessments were done by clinicians and the case management team of the country.

“It will be recalled that AfCFTA Secretariat issued a statement following the positive test result at KIA of the Secretary-General, Wamkele Mene disputing the results as a false positive. Mr Mene went into quarantine whilst receiving guidance and advice from his medical team, who advised he took another test.

“The independent tests had turned out negative raising concerns about the efficacy of the KIA COVID-19 tests.

“They stated that before the KIA Covid-19 test, “he (Wamkele Mene) received the Johnson & Johnson (J & J) vaccine, which should provide him with an additional measure of protection.

His Excellency continues to adhere to all prescribed COVID-19 protocols,” he said.

However, Dr Aboagye said the GHS did not recognise the results of the independent tests carried out on Mr Mene since it was not sanctioned by the public health system of Ghana.

“As a result, the Secretary-General of AfCFTA ‘is to remain in isolation until the completion of the statutory seven-day isolation period, and is discharged, as per Ghana’s COVID-19 protocols.”

On several other travellers in a similar situation as Mr Mene at the Ghana Health Service isolation facilities, he said, had raised concerns about the quality of test at the airport and appealed to the service to allow for independent testing to validate the test at the airport.

Dr Aboagye said in the quest to reduce further importation of COVID-19 into the country, additional measures had been instituted at the airport such as uploading a negative PCR test of COVID-19, which was not more than 72 hours old before departure to a system or software for validation.

This would ensure that only test certificates bearing trusted travel or BIOMARS code were considered valid for travel out of Ghana.

He explained that arriving passengers would have to use a tool made available through the Global haven partnership to validate certificates, help curtail fake certificates and reduce the number of positive tests at the airport.
GNA