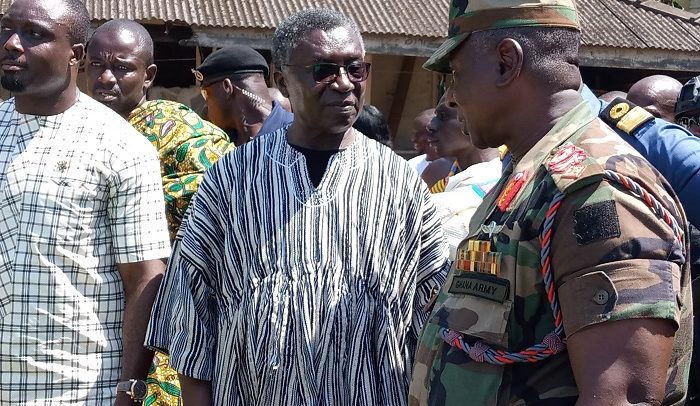 Professor Kwabena Frimpong Boateng, Minister of Environment, Science and Technology, has advised Ghanaians not to make a mistake by voting the National Democratic Congress (NDC) back to power since it has nothing good to offer the country.

He insisted that the pro-poor policies of the current New Patriotic Party (NPP) government, including the free Senior High School (SHS) and other development initiatives, would not survive under an NDC government.

The minister gave the warning when he handed over some speed boats procured by the government to the Nzema East Municipality and the Shama District Assembly in the Western Region.

The speed boats numbering about 10 would assist in the fight against illegal mining in the Ankobra and Pra rivers.

Prof.  Boateng indicated that the speed boats would be used to patrol the rivers to arrest recalcitrant illegal miners who are still in the business.

He said they were also procuring some passenger boats for the two coastal districts to aid in the transportation of people and goods on the rivers.

“But before that, the speed boats will be used to detect which areas in the rivers needed to be dredged and to remove tree stumps from the rivers,” he indicated.

The Member of Parliament (MP) for Evalue-Ajomoro-Gwira, Catherine Afeku, who was at the handover ceremony, bemoaned the fact that communities that depended on river Ankobra had been deprived of their source of drinking water due to excessive illegal mining.

She said the speed boats would go a long way to help stop some of the illegal activities.

He stated that the programme would ensure that “mining will be done the right way within the tenets of the law, and will not destroy our natural resources.”