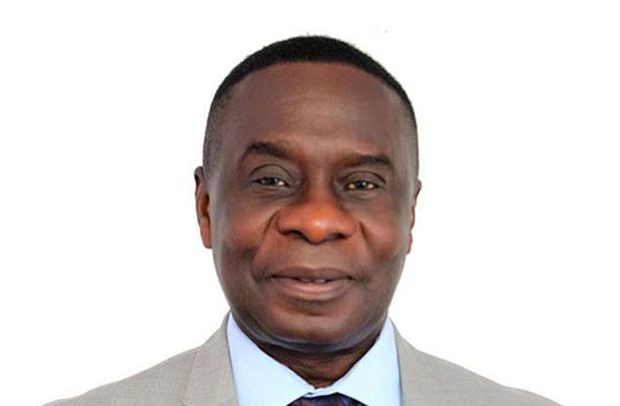 Following the removal of opposition National Democratic Congress (NDC) MP for Assin North, James Gyekye Quayson from Parliament, after being found to be holding dual citizenship in breach of the 1992 Constitution, the Electoral Commission (EC) has said it is ready to organise fresh election in the constituency.

The commission’s Director of Electoral Services, Dr. Serebour Quaicoe, said all that they are waiting for, was the order from the court declaring the seat vacant and they will swing into action to organise a by-election.

“This issue happened yesterday (Wednesday) so we are waiting for the official notification from the court to enable us to put out the timetable, which will include the period of nomination. Our core mandate by law is to organise elections so we are ever ready,” he told the Ghana News Agency (GNA) on Thursday.

Dr. Quaicoe stated that the EC after receiving the official notification of the court verdict, was bound to organise the election within 30 days.

The embattled MP has remained defiant, creating the impression that the court’s decision was a subversion of the will of the people in his constituency and called it ‘treacherous.’

He issued a statement on Thursday, after being booted out, saying “I wish to use this medium to express my deep and profound appreciation for the outpouring of support and solidarity since the judicial events of yesterday (Wednesday). I am absolutely grateful to the chiefs and people of Assin North for the remarkable show of love and unparalleled resilience.”

He said “the solidarity from the rank and file of the NDC and the general public as a whole has renewed my confidence in a brighter future for this country regardless of the treacherous momentary setbacks. As the unimpeachable facts show, I have always been a sincere, loyal, law abiding and patriotic citizen who only set out in good conscience to come serve the great people of Assin North with all my heart and with all my capacity. Our massive victory in Assin North on December 7, 2020 was a pure and legitimate one handed over to us by the discerning people of Assin North and we shall resist every attempt to subvert the true will of the people.”

The MP then said “victory from the masses is far superior to the dark machinations of an elite few,” adding “all my beloved constituents should be assured that I am in high spirit and confident that this momentary travesty shall rather make us emerge stronger. So I urge you all not to be worried, neither should you be discouraged – the confirmation of our historic victory beckons. Take heart and be of good cheer; the victory of the NDC and all true democrats shall not be stolen!”

Already, a criminal complaint has been lodged with the police for the Assin North MP to be investigated and tried after losing the seat.

Alex Tachie-Mensah, the New Patriotic Party (NPP) Central Regional Secretary, confirmed that he was the person that lodged the complaint against Mr. Quayson, saying he filed the process immediately the civil suit was also filed against the MP by a resident of Assin North Constituency, Michael Ankomah Nimfah.

According to the NPP Regional Secretary, as part of the filing of the nomination forms at the Electoral Commission between October 5 and 9, the NDC MP who has been removed from Parliament on the orders of a Cape Coast court, had lied when he signed a statutory declaration form.

He said Mr. Quayson appended his signature before a judicial officer that he did not owe allegiance to any country other than Ghana at the time of filing when he was fully aware that he owed allegiance to Canada at that material time of making the said statutory declaration.

Again, he said Mr. Quayson, in his quest to acquire a Ghanaian passport on July 30, 2019, was asked whether he held a dual citizenship, but he answered in the negative when in fact at the time of filling the Ghanaian passport application forms, he was holding on to the Canadian citizenship.

The complainant said the embattled MP committed perjury per his actions and wants the police to investigate such acts of criminality.

Mr. Gyekye’s case appears to be similar to the NPP MP for Bawku Central, the late Adamu Dramani Sakande, who was jailed over a similar incident and his seat taken from him on the grounds that he held British citizenship.

Adamu Dramani Sakande contested and defeated the NDC’s Mahama Ayariga in the 2008 parliamentary election, but the NDC and Mahama Ayariga instigated a cattle dealer called Sumaila Beilbiel to challenge the MP on the grounds that he was a British.

He went to prison in 2012 for almost two years and was subsequently pardoned by then President John Dramani Mahama.

Mahama Ayariga, knowing that his main competitor was not around, returned to contest the seat and won in 2012 and has been in Parliament ever since.

The convicted MP later left for the UK, where he died subsequently.

On January 7, 2021, when the election of the Speaker of Parliament was ongoing in the chaotic House and Mr. Quayson’s attention was drawn to the fact that there was an injunction restraining him from participating in the process, Haruna Iddrisu got up and said the then MP-elect should disregard the lawful order.

He had said, “Hon. James Gyekye Quayson was not in court and you yourself have admitted that you did not serve him the process. Under the circumstances, let him err on the side of law and bear the consequence in court. So let him take the oath because he has not been served any process. He will appear before court for the merits of the matter to be determined.”

However, on Wednesday when the court ruled against the NDC MP, Minority Leader Haruna Iddrisu launched a blistering attack on the judge and the judiciary, saying “it is a travesty of justice.”

He said in Parliament that “what is worrying, we don’t want to believe, is that the courts of Ghana have been captured, and that the courts have become a forum being used surreptitiously to tilt the balance of power.”

He continued, “We are equaled – 137: 137. What is happening is that the courts now are being used to tilt the balance of power and to weaken the time tested historical notion of checks and balances.”

Haruna Iddrisu said that “what happened this morning in Cape Coast, we are told, even when the Supreme Court of Ghana directed the Hon. Quayson and his legal team to go and file appropriate legal motions for the matter to be referred to the Supreme Court he was denied that,” adding “that is repugnant and affront to his right to a fair trial guaranteed under Article 19 of the 1992 Constitution.”

He said the court’s ruling has the potential to deny Mr. Quayson his “legitimate role as the elected representative of the Assin North Constituency, which election he won outright as a citizen born and bred in that community but for some time had to sojourn in Canada.”

“He subsequently, as I understand, renounced his citizenship expressly so far back 2019, got his certificate at least before the elections,” Haruna Iddrisu claimed and added that “we in the Minority remain unshaken.”