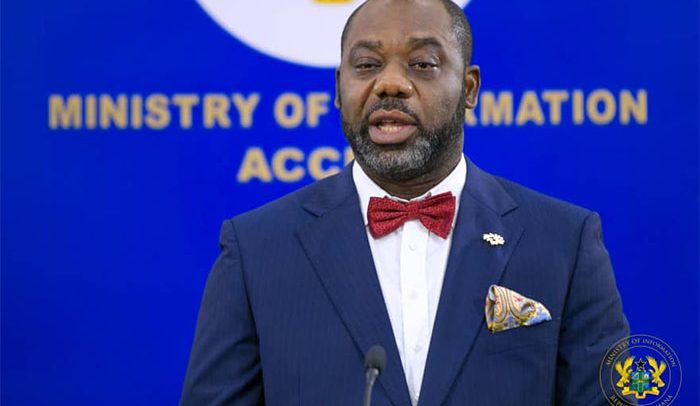 The Ministry of Energy is working closely with the Ministry of Finance to secure a 100 per cent import waiver on electric vehicles to the country.

The initiative is to help drive the penetration of electric vehicles into the Ghanaian automobile market.

Minister of Energy, Dr Mathew Opoku Prempeh said this at the opening of the first E-mobility Conference and Exhibition by the Energy Commission, in partnership with the Energy Ministry, in Accra.

The event, which was organized under the Drive Electric Initiative, was on the theme: “E-mobility in Ghana: Opportunities and Challenges.

The Minister said while the talks were ongoing they were also putting together other measures to drive further growth and the sustainable utilisation of electricity.

He said as part of the incentives the Ministry of Finance would put in measures that would encourage people to move into the adoption of electric vehicles.

“These vehicles are expensive and people need these incentives to be able to adopt the initiative of moving onto electric vehicles,” he added.

Dr Prempeh, who had a test drive in one of vehicles on display, said stakeholders were already addressing their needs of bringing those vehicles before the implementation of regulations.

He said people had brought in the electric vehicles even before the completion of regulations by the Energy Commission and they must be commended.

He called on stakeholders and policy makers to work together to devise policies, strategies, regulations and standards to bring about solutions and promote electric vehicles and other green initiatives in the country.

“We cannot take our climate change mitigation efforts for granted,” he added.

The Minister advised that individuals and companies installing charging stations in residential, office and public spaces registered with the Energy Commission and adhered to the highest standards in anticipation of the charging station standards and regulations.

According to the International Energy Agency, there are over 10 million electric vehicles in operation worldwide, making it clear that the world was moving away from conventional automobile engine vehicles to electric ones.

“This shift makes it necessary for Ghana to move with the times and ensure that our country does not become a dumping ground for used fossil-fueled vehicles,” he said.

Dr Opoku Prempeh said the outcome of this initiative would immensely contribute to reduction in vehicular pollution and carbon dioxide emissions which were very significant in meeting Ghana’s target as captured under the Ghana Nationally Determined Contribution.

“Electric vehicles are the future and the future is here with us,” he said.

The Minister said the country’s current energy situation and climate targets called for creative initiatives, and the Drive Electric initiative was one of such.

A Deputy Minister of Transport, Fredrick Obeng Adom, expressed the hope that the conference would offer an opportunity to share insight on some of the opportunities as well as challenges to the adoption and uptake of Electric Mobility in Ghana.

He said among the challenges facing cities around the world, particularly those in developing countries, was the rising traffic congestions and its attendant emissions, which had been increasing at a much faster rate than previously anticipated.

He said most countries in Africa, including Ghana, were experiencing rapid motorisation and urbanisation coupled with uncontrolled urban sprawl adding: “The road transport sector remains a significant source of greenhouse gas emissions.”

Deputy Chief Executive Officer of Bui Power Authority, Anthony Boye Osafo-Kissi, said the collaboration of the Energy Commission and the Energy Ministry in promoting electric vehicles and the drive to productively utilise the excess electricity in the grid system was a step in the right direction.

He said the Authority was undertaking various renewable energy endeavours to ensure continuous generation of electricity from clean sources.

“We are of the strong view that our generation from clean sources will go a long way to fight Climate Change,” he added.

“We have also contributed significantly to another clean source of power generation, which is Ghana’s nuclear power programme…..,” he said.
GNA