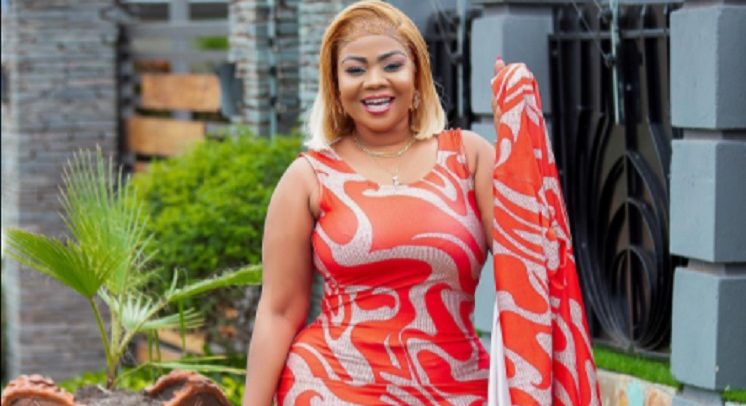 Popular female gospel musician, Gifty Adorye, known on stage at Empress Gifty, has revealed that she spent an estimated forty thousand dollars ($40,000) on her latest video for her song ‘Eyɛ Woa’ released recently.

The music video, which is currently making waves on social media platforms, was carefully packaged to meet the demand of her fans in Ghana and beyond.

The high budget video was shot and directed by Skyweb and the song was produced by Shadrach Yawson, affectionately called Sha.

The amount, she said, was the total cost of the video, her costumes, and production among others.

Empress Gifty’s world-class video, BEATWAVES gathered, was released on online music platform, YouTube in January this year and it has so far gained over 268,397 views.

Speaking in an interview on Loops GH TV, Empress Gifty explained that her love for quality works pushed her to invest in her music videos.

“I just want to prove a point, when you produce quality video, a lot more will push you, she said.

Empress Gifty indicated that the $40,000 cost covers her costumes, and production among others, adding that spending money is necessary in order not to compromise on producing quality videos.

According to her, people are usually taken aback by the monies she spends on her videos, mostly because they are in dollars.

There is no doubt that the video is among some of the biggest music videos ever produced for a Ghanaian artiste.

A number of music stakeholders have also endorsed the video as one of the best to have come from Empress Gifty.

Her latest released video is the first of a series of things to happen to her music career in the coming years. There are other videos to follow soon.

Empress Gifty, who is widely known for hit songs like ‘Aseda’, ‘Yen To Nkyea’, ‘Wafira Me Ntoma’, ‘Jesus You Be Too Much’ among others, is a legendary singer in the making.

Apiate: A Twist So Revealing