Apiate: A Twist So Revealing 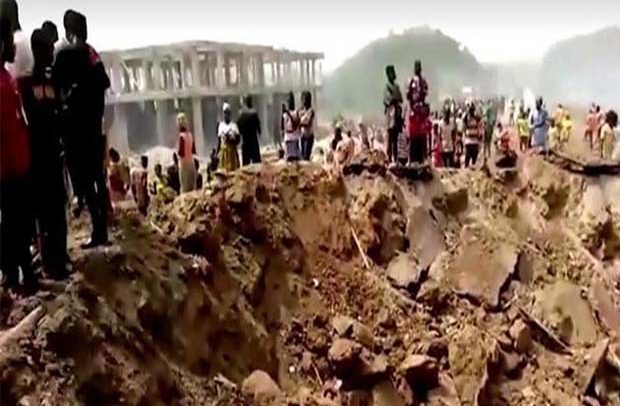 There is a twist to the Apiate explosion. The motor tricycle rider’s story that there was no collision between the truck laden with explosives and his tricycle has prompted questions about what really happened.

There is no doubt that important questions must be posed and what better place to do this than in front of a presidential commission of enquiry.

If indeed the tricycle was in a head-on collision with the truck the rider or driver could not have been put in a state as to be able to narrate what according to him really happened.

We are fortunate to have both persons alive, the tricycle rider and the explosive-truck driver two persons whose narrations will be necessary in the search for the truth. There is a critical missing link which in our view would expose the real regulatory deficiency in the handling of explosives in the country which has gone on for a long time.

There has not been any accident related to the transportation of explosives to the mines and so the non-adherence to the industry safety practices are ignored easily.

Somebody in our view is hiding something which should be made public. Indeed there is the need for an overhaul of the management of explosives relative to their transportation to the mines in the hinterland.

The question being posed in the country is what really happened if the tricycle man is denying the story disseminated earlier?

Was there really an escort as required in such tasks? This answer and many others can only emerge when the appropriate ambience is created that would compel those with answers to release same.

With the mining industry being part of our economic architecture and explosives an integral part of this enterprise, we cannot gloss over the subject under review.

We have already given a thumbs-up to the interdiction of the Chief Inspector of Mines as a first step. Many other steps must be traversed to avoid a future recurrence.

The ultimate in our view is the empanelling of experts with requisite knowledge in international best safety measures in the mining industry to interrogate the issue under review vis a vis the tricycle man’s story.

If the story of the tricycle driver is veracious it stands to reason that the explosion could have occurred in other areas with significant populations along the route of the explosives from their source at the harbour to the final destination at the mining locations.

Those who are working hurriedly to hide the evidence of safety breaches would soon be stopped in their tracks when the commission of enquiry is ordered.

Why did it take so long before the varying story popped up? So strong have been the points raised by the tricycle rider that at the time of composing this commentary he is yet to be disputed.

We are standing by for further developments.