End Of Impunity Is Nigh 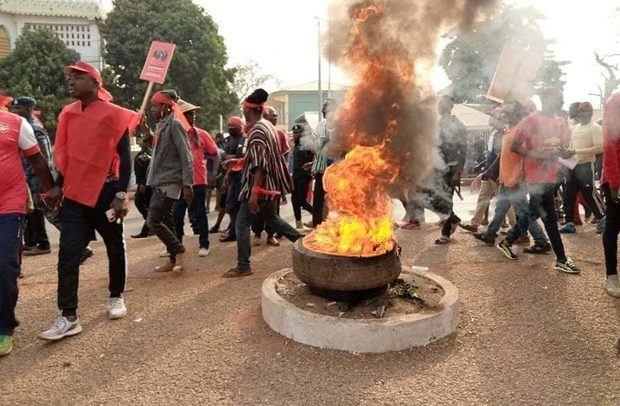 The era of impunity appears to be fading a good sign for national progress. The blemish started festering in this country when some citizens became untouchables because of their political links with the corridor of power.

Law enforcement personnel dared not arrest such persons for various breaches of the law.

That of course is not how to build a country to stand the test of time.

Under previous political administrations in the country police officers were restricted in what they could do as law enforcement officers without risking punitive actions by their superiors through orders from politicians.

The ‘order from above’ syndrome which haunted police officers, junior and senior is gradually being confined to the dustbin of our dark past.

Under the present political administration that spectre of impunity has no place and the executive has showed so far that it has no appetite for interference in the work of law enforcement and judicial administration in general.

When citizens begin to feel that nobody is above the law they would appreciate the importance of the rule of law and the country would prosper.

The arrest of persons alleged to have partaken in the recent acts of hooliganism in Chereponi is something which would have been unthinkable under a previous dispensation.

That is not the only instance of the non-existence of selective application of the law, a new phenomenon in the Ghanaian context.  The arrest of four persons during the illegal demonstration in the Odododiodio constituency is another reference among others.

The current administration deserves a pat on the back for blazing the trail for discipline and civility in the country.

Let them who are not used to this system appreciate its importance by steering away from remarks which retard progress in our march towards a decent country where good governance stands tall.

We recall with anguish and a sense of disappointment how once upon a time politicians promised illegal miners free range when they come to power. They also told commercial motorbike riders or okada to vote for them so that they would do as they please on our roads the law prohibiting the occupation notwithstanding.

Good governance looks beyond election; it is about nation-building towards making life better for citizens present and unborn.

The feeling of being above the law because ‘our party is in power and so we can breach the law without suffering consequences as prescribed in the statute books’ is not an attribute of a good political ambience and one to be proud of.

The journey to a great country on which path we are is tough and entails the upholding of the rule of law no matter whose ox is gored.

Nana Wants AU To Be Part Of G20