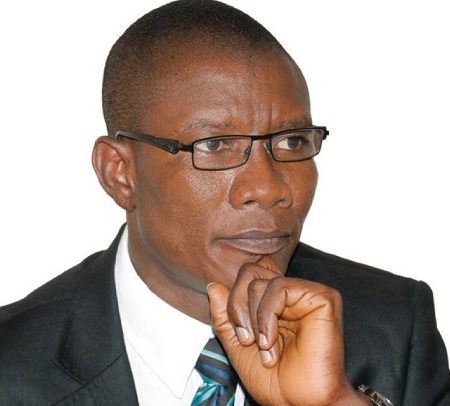 Isaac Ashai Odamtten, the former Chief Executive of the Tema Metropolitan Assembly (TMA), has been thoroughly grilled by the Economic and Organised Crime Office (EOCO) in Tema.

The anti-graft agency probed him over an alleged fraudulent act during his tenure at TMA.

For some people, his appearance at the Regional Office of EOCO is long overdue.

He answered questions relating to an alleged diversion of GH¢5.6 million from the assembly’s revenue into a private account.

Mr Odamtten was interrogated for over five hours after he arrived at the Regional Director’s office at about 9:30 am with his lawyer.

He flatly denied any wrongdoing although one of the suspects in the case has admitted the offence and tendered in documents.

However, EOCO has obtained a caution statement from him to be processed for the Attorney-General and Minister of Justice to take over prosecution.

He is alleged to have awarded contracts to some private companies to collect revenue on behalf of the assembly during his tenure.

As part of the contracts, one of the private collectors, CTK GeoSys Ltd, solely printed bills and distributed same to entities, shops and industries in the metropolis.

Documents sighted by DAILY GUIDE revealed how a private revenue collector allegedly diverted 30 per cent of the assembly’s revenue into a private account at the now defunct First Capital Plus Bank.

The private company, CTK GEOSys Ltd, in a letter to TMA, dated February 18, 2015, and signed by Captain Tei Azu, Chief Executive Officer (CEO) of the company, stated “we have agreed with our bank (First Capital Plus Bank) to open a receivable only account under the name GEOSYS/TMA.

“This account will only be used to manage the accounts of the TRMS, provide information on the Tax Revenue Management System and ensure the system works efficiently.

“From this account, we will require a standing order from TMA to state that 70 per cent of any deposit (cash, cheque or otherwise) for the payment of Property Rate and Business Operation Permit be transferred into a TMA account to be provided by the Finance Department of TMA and 30 per cent of the same deposits transferred into a GEOSYS account.”

Nevertheless, when the letter was issued, the former finance officer of TMA, Nicholas Agbemadzi, warned against the breach of Financial Administration Law.

According to reports, some revenues collected were lodged into ‘illegal’ accounts since that function was ceded to a private company without the authorization from the Controller and Accountant General’s Department.