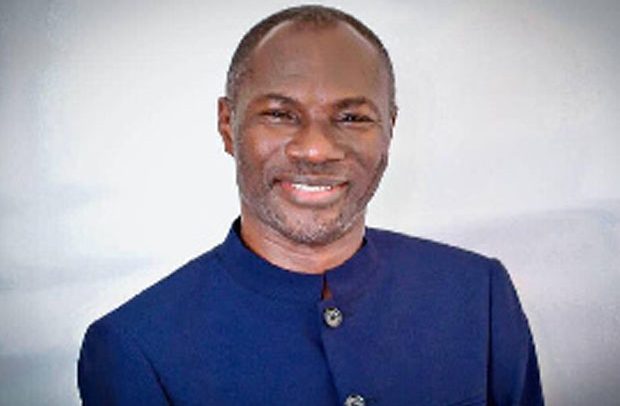 “Always pray to have eyes that see the best in people, a heart that forgives the worst, a mind that forgets the bad and a soul that never loses faith in God”.

Joe Mc Keever lists Thirteen Things a Pastor must not tell his/ her congregation and one of them is “God told me to tell you….” When a Pastor says “Thus saith the Lord …” this should be followed by Scripture.

Pastor Badu Kobi’s “research” may not have led him to read Joe Mc Keever’s edict on “Pastoralism”. If we were Pastor Badu Kobi, the least we would do would be to render an apology and pray for forgiveness over his ethnocentric tongue. Words are powerful, and they form culture and the future. Besides, a church is a place that does not give room for exchanges between a Pastor and the congregants; otherwise, we would subject the all-knowing preachers to cross-examination, and we would “see”.

Badu Kobi claims he has done “research”. We are interested in the research design, the research methodology, the research hypothesis or problem. Shall we add: data collection methods, statistical analysis plan … “et-many-ceteras”.

The name “Kobi” sounds very much like our late Queen Afia Kobi, and like the fetish in my mother’s hometown, called Fumesua. He is said to hail from Denyase, so he must be an Asante. Badu Kobi’s wife, Gloria, who is said to be an Asante-Akyem muddied the waters further when she claimed Ghanaians do not understand her husband who is not an ordinary man, but one filled with the spirit of God. She claimed “doom awaits anyone” who criticizes her husband. Paul said in Galatians 3:2; “O foolish Galatians who hath bewitched you that, ye should not obey the truth …?”

Yaa Asantewaa has got a name in history for the historic feat in resisting the moves by the British to grab the “Golden Stool”. Yaa Asantewaa may have been older than Joan of Arc who at age 18, in France, fought and defeated the British. She was later tried for sorcery and other crimes, and burnt at the stakes: After 500 years, Joan of Arc was canonized as a Saint. Women of valour!

But why were the Akuapem, Akyem, Dagomba, Bono, Nzima, Ga (et-many-ceteras) women left out in Badu’s computation? Possibly, and wistfully, these are the marriageable women Badu Kobi will select for his sons. What about their men?

Let’s go into history. In a parliamentary debate in 1970, Victor Owusu, in refuting Dr. Agama’s accusation against the Busia Government of sidelining Ewes and being inward looking challenged Dr. Agama that “… as an Ewe, Dr. Agama cannot accuse anybody of being inward looking…” This seemingly innocuous remark has lain on the records for such a long time, and been given so many interpretations, that some Ewes would not forgive anyone of the Danquah-Busia tradition in any political campaigning, and Professor Adu Boahen had a taste of it in one of the Ewe populated towns in Ghana in 1992.

Traditionally, a woman whose hand is sought in Asante is admonished: “Be a good wife to your husband, and come home with appreciable things…” And the things include “children”, and Asantes are matrilineal. Until PNDC Law III came in 1985, Asante women were thrown out of their matrimonial home (even if they contributed in building the house), for nephews to take over. There was this story about a woman who would prepare porridge and sit at the table with her husband. The husband would pull cubes of sugar and put them one after the other at his side of the bowl. These and many agonizing moments are some of the troubles of an Asante woman. In the 1960s, Nana Kwame Ampadu sang a song that showed the horrible situation of a woman and her children: it was entitled “Agyanka” (orphan): “This death is not as painful as getting a reliable person to take care of my children… a successor will use my money and neglect my children who will turn vagabonds”.

Why claim that Fanti women are foolish? Matthew 5:22 exhorts men and women not to call any person ‘raca’ (or a foolish person) else the wrath of God would pour on them. So, because Fanti women will follow their husbands to the sea and receive the catch, to sell in the hot sun, and return home to prepare meals while the men will be playing draughts, you call them “foolish”? So Ewe women will be submissive, to the point of bowing before their husbands as they place their meals on the table and wrap their bare-chested torsos with towels you say they are like “doormats”? Are all women in Asante greedy? Are all women in Fante foolish? Are all women in Ewe – land treated as doormats? Generalisation and stereotyping, sociologically speaking.

And another charlatan of a preacher, called Pastor Doctor Prophet Kofi Oduro stokes the fire of ethnocentrism in an even worse form: “Asantes and Kwahus are sabotaging the President because they wanted someone from Asante to become NPP flagbearer. They are deliberately under-performing to make the President, an Akyem, fail, because of tribalism”. He calls on the President to sack all his appointees who have Asante roots. Why? Has the pulpit become a breeding ground for insults, slander and calumnies? Do these pastors know the effect of what they are preaching? This is how a conflagration or pogrom starts. “Nnofee, nnofee”, the fire will catch on and consume all of us, when we reach the apotheosis.

Do the preachers see all of us Ghanaians as brewed in the realm of infantile gullibility? So all of us would nod our heads like an agama lizard and embrace such profanities and allow them to cast aspersions on us? What would happen if a politician had said all these things? Wouldn’t that person have been tormented and flailed? Do we have to wait for a single person to confront such charlatans to get a bad name for himself? And, here, we are talking about people like Honourable Kennedy Agyapong who has atavistically woken from his Rip-van-Winkle slumber to confront these unpolished preachers. In a boot-for-boot fashion, Kennedy demonstrated his brazenness by challenging the modus operandi of present day Ghanaian pastors. If we are not careful, these uncouth pastors will lead this nation into untold danger.

In 2010, AFAG called for a repeal of the law on causing fear and panic. In 2013, the then Second Deputy Speaker, Joe Ghartey, repeated same… The aim of these calls was to make the media more assertive. Will time not tell? Do all these pastors have the spirit to turn into snakes like Pastor Obinim and bite us? Kennedy throws a challenge. “If I live a day longer, then Pastor has no power.” Don’t blame the Council of State; don’t blame the Peace Council; don’t blame FIDA; don’t blame any authority – they certainly know when and how to bite.

Smartphone-Controlled Device Could Deliver Drugs Into The Brain