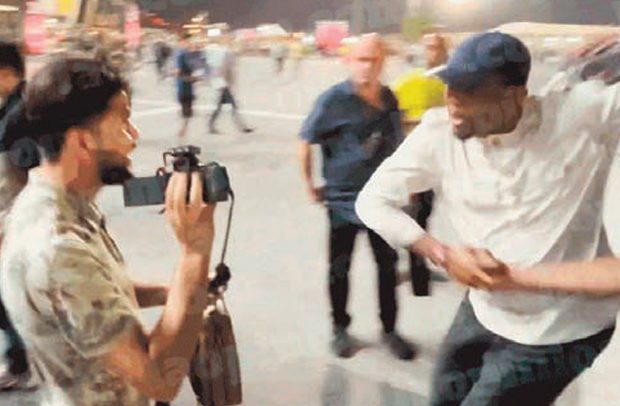 Samuel Eto’o confronts a man filming him in Qatar

Cameroon football president and former star player Samuel Eto’o has apologised for being involved in a “violent altercation” with a man outside a World Cup stadium yesterday.

Eto’o had paused to pose for photos with fans near Stadium 974 after Brazil’s 4-1 win over South Korea in the round of 16. Footage circulating on social media showed him then reacting to comments by a man holding a camera.

The former Barcelona and Inter Milan forward was initially held back by people in his entourage then got clear and appeared to aim a kick at the man, who fell backward to the ground.

Later on Tuesday, Eto’o released a statement on Twitter and said: “On last December 5, after the Brazil-South Korea match, I had a violent altercation with a person who was probably an Algerian supporter.

“I would like to apologise for losing my temper and reacting in a way that does not match my personality. I apologise to the public for this unfortunate incident.

“I pledge to continue to resist the relentless provocation and daily harassment of some Algerian supporters. Indeed, since the Cameroon-Algeria match on March 29 in Blida, I have been the target of insults and allegations of cheating without any evidence.”