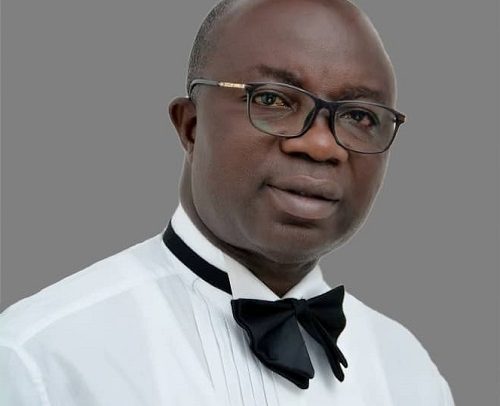 THE IMMEDIATE-past Kumasi Mayor, Osei Assibey-Antwi, has been appointed as the acting Executive Director of the National Service Scheme (NSS).

President Akufo-Addo appointed him to the enviable position on September 17, 2021, and he has 14 days to indicate his acceptance or otherwise of the appointment.

“Pursuant to Section 15 (1) of the Ghana National Service Scheme Act 1980 (Act 426), I am pleased to inform you that the President has appointed you to act as the Executive Director of the Ghana National Service Scheme (the scheme), pending receipt of the constitutionally required advice of the governing board of the scheme, given in consultation with the Public Services Commission,” President said in a letter signed by the Chief of Staff, Akosua Frema Osei-Opare.

The appointment letter, which the DAILY GUIDE has sighted, said “Please accept the President’s best wishes,” adding “I take this opportunity to congratulate you formally on your appointment.”

The letter, however, stated that “Kindly indicate your acceptance or otherwise of this appointment within 14 days of receipt of this letter.”

The letter was copied to the secretaries of the President and Vice President, Minister of Education, the Board Chairperson, Ghana National Service Commission, the Chairperson, Public Services Commission and the Chief Director, Jubilee House.

Mr. Osei Assibey once served as the Deputy Ashanti Regional Minister during President Kufuor’s tenure and he carried out his duties with distinction.

President Akufo-Addo, during his first term at the presidency, also appointed him as the Kumasi Mayor, a position he held until recently.

During his four years at the helm of affairs of the KMA, Mr. Osei Assibey implemented several positive policies to transform the city, key among them was his tree planting exercise, which was highly successful.

Ogboro's Take On The Coup D'état In Guinea!