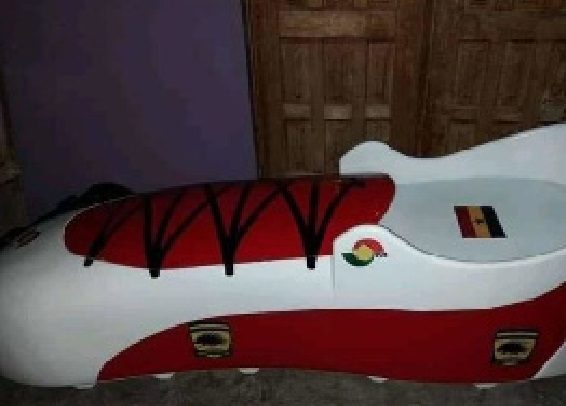 Former  Kotoko captain and left back, Godfred Yeboah, widely known as TV3, was laid to rest on Saturday in a dignified manner.

The ex Ghana defender died last August after battling a long ailment and later died at the Sunyani Regional Hospital.

He joined the ancestral world in a boot-shaped casket.