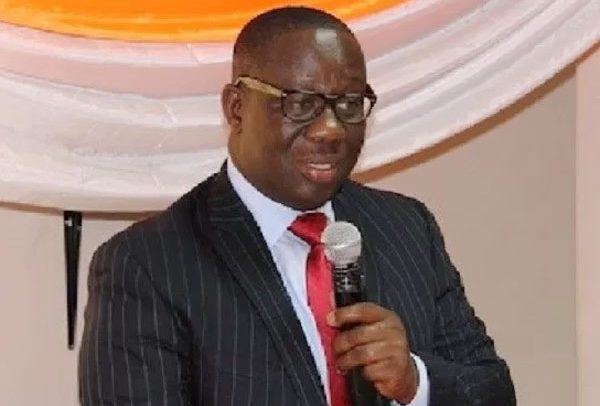 An Accra High Court has adjourned the trial of former Director-General of Social Security and National Insurance Trust (SSNIT), Ernest Thompson and four others to April 22, 2021.

This is to enable the office of the Attorney General to amend the charges of causing financial loss to the state.

Appearing before the court earlier this morning, the Director of Public Prosecutions (DPP), Yvonne Atakora Obuobisa told the court that they only got the ruling of the Supreme Court ordering them to amend the charges yesterday.

She told the court that her department was now working on amending the charges and it should be filed within one week.

She therefore, prayed the court to give them two weeks which would be enough for the accused persons to study the amended charges.

The court presided over by Justice Antony Kwofie, a Court of Appeal judge sitting with additional responsibilities as a High Court judge after conferring with the parties in the case agreed on April 22, 2021.

Mr. Thompson and three former Management members of SSNIT and a private businesswoman, were being accused of “causing financial loss to the State” in the award of a controversial and failed $72 million IT Project, dubbed the Operational Business Suite (OBS).

Caleb Kwaku Afaglo, then-General Manager of Management Information Systems at the SSNIT and Peter Hayibor, then-General Counsel of SSNIT, and John Hagan Mensah, IT Manager as well as the Business woman, one Juliet Hassana Krama, CEO of Perfect Business Solutions (PBS) Limited are the other accused persons.

But his lawyers filed an application seeking the charges of causing financial loss to the state to be struck out for not meeting the constitutional threshold of Article 19 Clause 2(d).

It was their argument that the charges failed to provide the particulars necessary for the accused person to adequately prepare his defense.

The application was dismissed by the trial court presided over by Justice Anthony Kwofie and the accused filed an appeal at the Coirt of Appeal challenging the decision.

The Court of Appeal in a 2-1 majority upheld the appeal and struck out the charges.

The AG’s Department then went to the Supreme Court where they appealed against the decision of the Court of Appeal.

The Supreme Court however upheld the decision of the Court of Appeal on ground that the charges did not meet the provisions of Article 19 Clause 2(d) of the Constitution.

The court subsequently urged the prosecution to take another look at the charges and amend them.