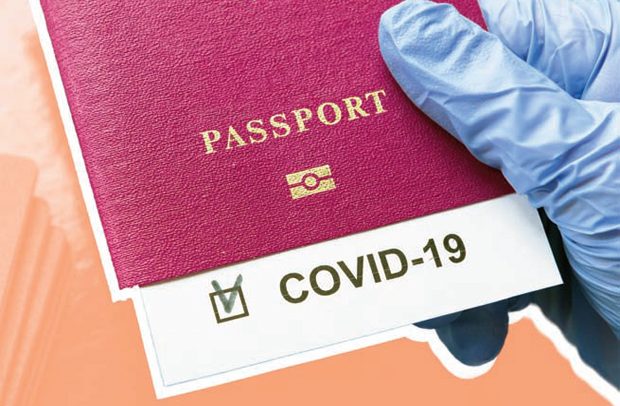 Premier League and EFL clubs are still awaiting guidance on the use of Covid Passports and face masks at matches, with little more than three weeks before the first game in the top flight and only two in the lower divisions.

Sportsmail understands that top flight officials were already urgently working on a scheme for Covid certification from match round one, which begins on August 13, after government made clear that is the expectation.

And now they say they are seeking further clarification following Prime Minister Boris Johnson’s declaration last night that everyone who wants to go to a nightclub from the end of September will have to show proof of having received two doses of a Covid vaccine.

In addition, the PM said “other venues where large crowds gather” could also be made to adopt the checks, which is likely to include sport.

As well as Covid Passports, fans can expect timed entry slots and to be asked to wear face coverings within concourses and toilets inside the stadium when they return in a few weeks time, even though masks are no longer compulsory in national life.

The government hardened its position on Covid Passports, last night.

The proposal for nightclubs, which the PM said would be enforced by law, requires revellers to have had two doses of the Covid vaccine.  This is a more stringent requirement than the current Covid Passport, which has been tested at various sports events, including Euro 2012, in recent weeks.