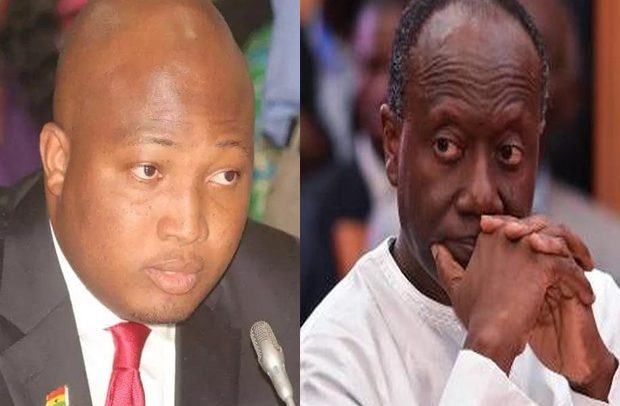 It was the opposition National Democratic Congress (NDC) Member of Parliament (MP) for North Tongu in the Volta Region, Samuel Okudzeto Ablakwa, who started it when he claimed that the Akufo-Addo government was deliberately neglecting the people of the region regarding good roads.

After the presentation of the budget statement which the minister said the government would use 2020 to fix most of the deplorable roads in the country, Mr. Ablakwa posted on social media a table showing roads to be constructed by the NPP government and claimed that there was none in the Volta Region.

“Why is provision not made in the 2020 Budget for critical road projects in the case of only the Volta Region? How does the Akufo-Addo administration expect particularly MPs from the Volta Region to explain this to our constituents?” he said, adding, “More fundamentally, how will government justify this aberration in the face of the 1992 Constitution which enjoins governments to undertake even and balanced development of all regions?”

Interestingly, during the budget presentation, the Finance Minister specifically mentioned the Hohoe-Jasika-Dodo Pepesu road which is in the Volta Region as one of the priority projects of the government and went ahead to say it would be done by the end of November 2020.

“Mr. Speaker, I am delighted to announce that we have received communication from Sinohydro that they have achieved financial closure for the first phase of projects under the Sinohydro MPSA, with Sinosure issuing insurance cover for the initial four lots (Tamale Interchange, Prestea and Cape Coast inner city roads, selected feeder roads in the Ashanti and Western regions and the Hohoe-Jasikan-Dodo Pepesu road,” he announced.

Yesterday, Senior Minister Yaw Osafo-Maafo dismissed suggestion on Citi FM that the government was ignoring roads in the Volta Region.

He said the minister may not have captured all of the roads in the region during the presentation but the Finance Minister had assured him that roads in the Volta Region had been captured in the budget.