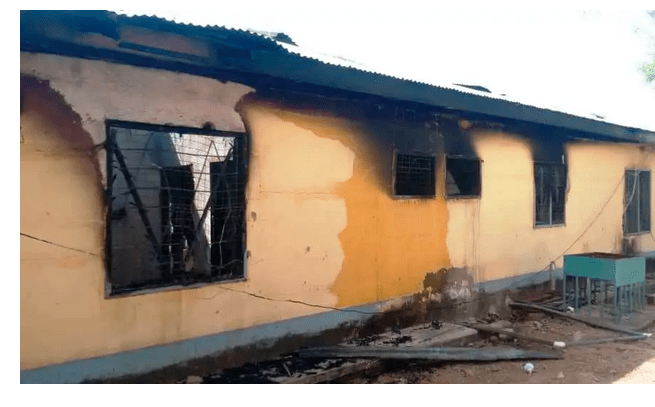 The Builsa North Constituency Organiser of the opposition political party in Ghana, National Democratic Congress’ (NDC), Agaae Robert is mourning following the death of his two daughters in fire.

The incident happened at his house in the Bolga-Soe community in the Bolgatanga Municipality on Monday, January 24, 2022.

The cause of the fire though not known, is presumed to have been the result of sparks from an electrical fault within the house.

According to the source, while the fire started in the kitchen of the house, it could not have come from a cylinder leakage.

“When I got there yesterday, and they showed us where the fire started from, there were no indications, suggesting that it was through a gas or cylinder leakage. The cylinders were not touched, so, I think that it was an electrical fault.”

The bodies of the children, he said, have been conveyed to the Upper East Region Hospital.