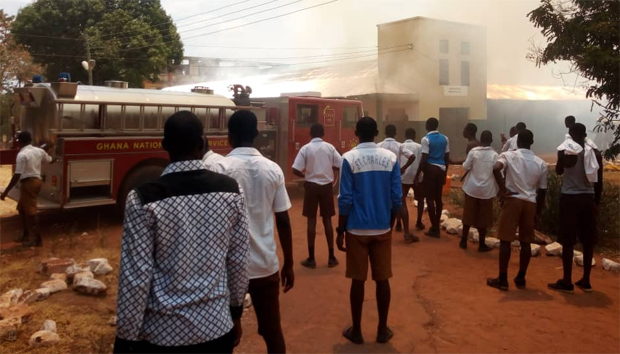 THERE HAS been a fire outbreak at the St. Charles Seminary Senior High School in Tamale, the Northern Regional capital.

DGN Online understands that the fire started from the Cardinal Dery House while students were studying in their classrooms.

According to some students who spoke to DGN Online, they saw smoke coming out of the Cardinal Dery dormitory and prompted their teachers.

They indicated that the old dining hall which is used as dormitory got burnt on Friday morning.

School authorities are said to have immediately called on the Ghana Fire Service who rushed to the school to control the fire.

The cause of the fire was not known as at the time of filing this report.

The decision, which was taken by the authorities in collaboration with the regional director of education, was to enable students who were affected by the fire to go home for some clothes and other materials they might have been in need of at the time.