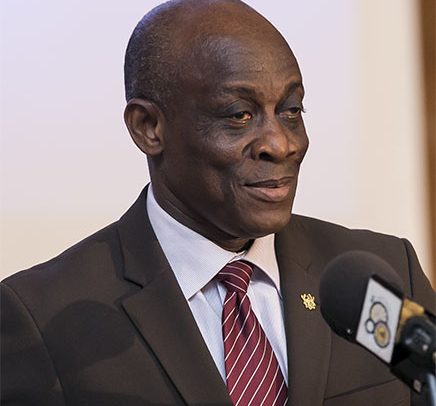 Former Minister of Finance and Economic Planning during the Mahama-led NDC administration, Seth Terkper, has said the current fiscal deficit is widening and not even the GRA revenue can help resolve it.

The government is working hard to introduce the Electornic transaction levy (E-Levy) as part of the measures to reduce the deficit but Mr. Terkper’s NDC has become a stumbling block in the way of getting the E-levy passed.

Speaking at a forum in Accra yesterday, the former Finance Minister did not say he supports the passage of the E-Levy but was still complaining about the deficit.

Though some people have criticised Ken Ofori-Atta’s decision to cut budget expenditure by 20%, without recourse to Parliament, Mr. Tekper was of the view that, this is not the first time a finance minister has taken such action without parliamentary approval.

“You know the minister just announced 20% reduction. Are we reviewing budget mid-year in January already? Because to cut expenditure by 20% is not a small amount of money. It is about 27 billion out of the 135 or 137 billion, and that is a significant amount of money. It didn’t go to Parliament. It is not just this government. You remember, when we read a budget in 2015 and then crude oil prices fell by March, Former President John Dramani Mahama was sending me to Parliament to go and explain to the nation, that was March, so I am not faulting that, it’s being said in January, they should tell us that a real problem with the fiscal situation,” he said.

With the deficit growing wide, Mr. Terkper also asked the government to take a second look at the Free SHS policy because it is “not physically sustainable.”

According to the ex-minister, judging from the amount of money spent on the Free SHS, it will always influence government’s fiscal deficit.

“…When you are in that seat others who see the policy as popular for the government, therefore would normally not agree with you, including other colleague ministers and the rest. But it gets to a point where you must because, when you correct first the fiscal situation and then you correct the policy, it will even not be sustainable within the consensus that the nation will agree that it is sustainable.”