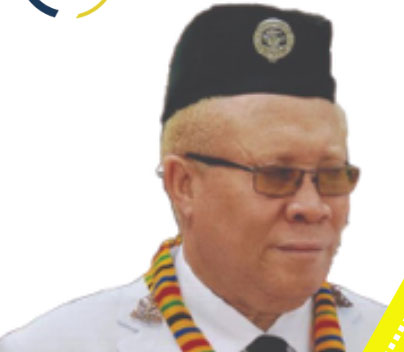 And responding to his immediate plans for the unit, he stated that rebuilding the boys’ brigade across the country remained his top most priority.

He said the two basic requirement of accepting Jesus as a personal savior and the baptism of the Holy Ghost would be instituted and strictly adhered to.

The law lecturer pointed out that he would put proper measures in place to ensure infrastructure were dotted across the country for effective administrative operations.

Already, he mentioned that the Youth and Sports Ministry had promised him office spaces at all the 10 sports resource centres.

“The brigade’s image is down, and so one of the things my team and I will work on as soon as possible is to rebrand the image. When we succeed in doing so, then we will leverage on that and seek for sponsorship, as well as generating funds internally,” he told the media.

He added, “Technically, we are considering teaming up with the Defense Ministry and the Army which is aimed at helping to develop our various courses. That will help the boys who want to join any of our security services gain access with little effort.”

The meeting was held at the Presbyterian Church of Ghana, Emmanuel Congregation, Suhum, Eastern Region, last Sunday on the theme ‘Repositioning the Boys’ Brigade for a Holistic Growth’.