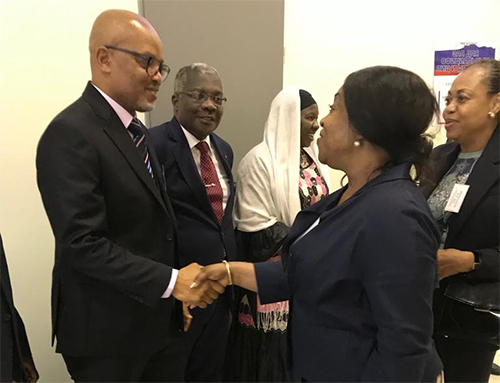 Minister for Foreign Affairs and Regional Integration, Shirley Ayorkor Botchwey (MP), has arrived in Russia for a working visit.

She was invited to the European country by her counterpart, Sergey Lavrov, Minister for Foreign Affairs of the Russian Federation.

According to a release from the Foreign Ministry in Accra, the visit is within the framework mechanism of bilateral consultations between the Foreign Ministries of Ghana and Russia with the aim of enhancing Ghana – Russia relations in critical sectors of mutual interest.

On arrival in Moscow on Monday August 19, 2019, in a lead up to the much anticipated meeting, Madam Ayorkor Botchwey expressed the hope that interactions would go a long way to set the tone for an expected meeting between President Nana Addo Dankwa Akufo-Addo and Russian President Vladimir Putin on the sidelines of the Russia-Africa Summit in October 2019.

As part of the official visit, the Foreign Minister will also meet the Ghanaian community at the Ghana Embassy in Moscow later on Monday, ahead of Tuesday’s bilateral meeting.

She was met on arrival at the Sheremetyovo Airport, Moscow by Ghana’s Ambassador to the Russian Federation Lesley Akyaa Opoku Ware.

Ambassador Lesley Opoku Ware was accompanied by some Ambassadors from the African continent, serving in Moscow.

They included the Gambia, Burkina Faso, Benin and Uganda.

The Ghanaian Foreign Minister is expected back home on Wednesday August 21, 2019.