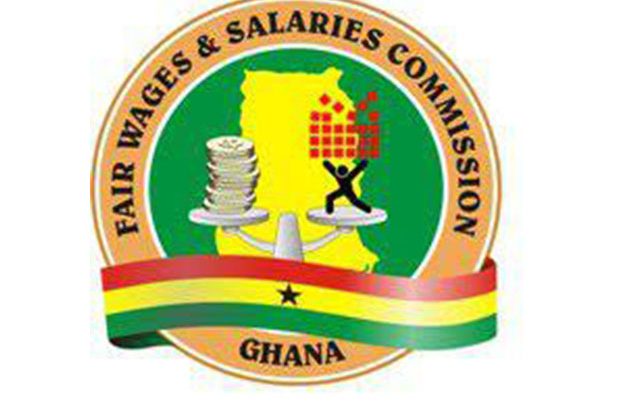 The Fair Wages and Salaries Commission (FWSC) on Monday said the dollarisation of salaries and allowances ceased with the migration of senior members of the public universities onto the Single Spine Salary Structure.

It said: “Government policy on the matter has not changed and we implore members of UTAG to respect the contents of the communique” signed to that effect in December 2011.

This was stated in a statement, signed by Dr Edward Kwapong, Chief Executive of FWSC, to explain the issue of dollarisation of the salaries of public university lecturers, which has resulted in a strike by members of the University Teachers Association of Ghana (UTAG).

Members of UTAG began a nationwide industrial action on Monday, August 2, to back home their demand for the implementation of a Salary Structure, which they say would see the entry-level lecturers earning the cedi equivalent of $2,084 monthly, among other demands.

They have refused to comply with a court injunction placed on their action by the National Labour Commission, on Friday, August 6, saying the withdrawal of teaching and related activities was to ensure that the government put some enhanced and progressive proposals on the table.

Throwing more light on the issues under contention, the FWSC said in the course of arguments in support of the restoration of the value of lecturers remuneration to pre-Single Spine Pay Policy, reference had been made to dollarisation of salaries of senior staff public universities during the Kufuor era by UTAG.

It recalled that following protracted negotiations and the frequent disruption of the academic calendar, the Government agreed with the Standing Joint Negotiation Committee of the universities to develop a five-year roadmap to solve the problem and pay rates that were mutually acceptable.

The roadmap, it said, sought to improve levels of remuneration of universities senior members
to a minimum of the cedi equivalent of $1,500.00 by December 2008.

The statement said the agreed amount was to cover the basic salary and various allowances.

After the end of the roadmap (2004 – 2008) general increase in salaries approved by government was to apply to academic senior members, the statement said.

At a meeting held on 15th December, 2011 to discuss the migration of academic members of Public Universities onto the Single Spine Salary Structure, it was agreed, among others, that “The migration brings to an end the dollarisation of the basic salary, professional allowance and special book allowance of Academic Senior members of the public universities”, it said.

A communique to that effect was, subsequently, signed by the then Chief Executive of the FWSC, George Smith Graham, and the National President of UTAG, Dr Anthony Simons, on the stated date.