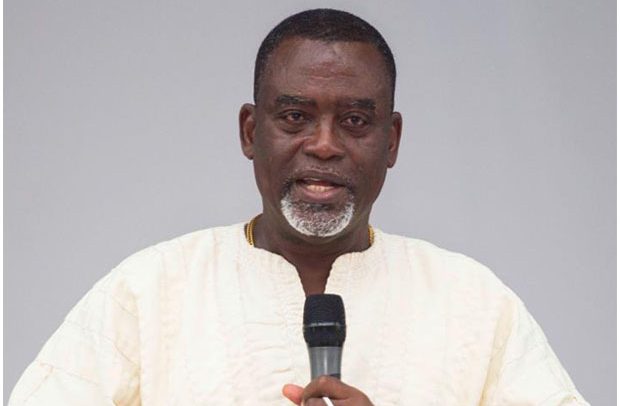 Tension is building up in the Eastern Regional Executive of the ruling New Patriotic Party as the regional Chairman, Kiston Akomeng Kissi begins a “Thanksgiving Tour”, sidelining the other Executive members.
DGN Online has chanced upon an itinerary for the said thank you tour, indicating that the Regional Chairman plans to tour the region to meet the 17 executives in all the 33 constituencies, starting from August 12 to 14, 2021 without the involvement of his executive.

The itinerary with the heading “Regional Chairman’s Thanksgiving Tour” states, beneath the document, that the Regional Chairman will tour the region in the company of Gifty Oware-Aboagye (Dept. Exe. Dir. NSS) and one Michael Bediako, who is believed to be the PA to Minister of Finance.

The Chairman as gathered reportedly post the itinerary on the Regional WhatsApp platform announcing his intention to embark on the said tour.
However, all attempts to get the views of any of the regional executive who have been sidelined by the chairman proved futile.

Rumor has it that his decision to embark on the solo Regional tour is an attempt to sidestep some accusations made against him by the executive.

However, some of the regional executives who are not happy with the chairman have expressed that the intention of the chairman will bring a division into the party.

According to them, they don’t understand why the chairman took that decision by sidelining them in such activities which should have been done and bring unity among them.

However, the Regional Chairman, Kiston Akomeng Kissi when contacted said he is embarking on a personal tour and not a regional tour of the party.

He said “I posted the itinerary on the party platform and asked that anyone who has the interest to join can join. I’m doing my personal tour not a party tour, so I don’t see why they should be worried about not involving them”.

He expressed that “Personally, I don’t have any issues with them, but some of them due to their personal interest have issues with me which is creating problems”. 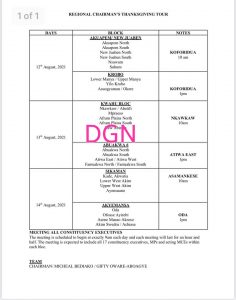