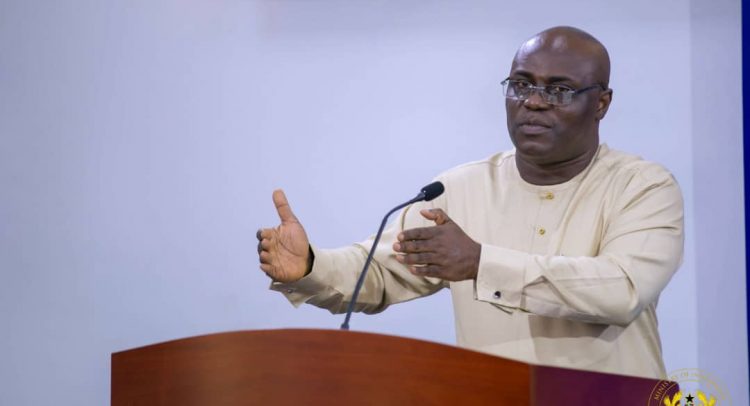 The Ghana Education Trust Fund (GETFund) says it has saved some Ghc 41.20 million from the corrections of errors on payment certificates.

Administrator of the GETFund, Richard Boadu, made this known to the media at the information ministry on Wednesday, September 16, 2020.

According to him, from 2017 to date, a total of 9,449 payment certificates have been received at the GETFund.

He said 8,823 certificates were vetted and processed for payment, adding that “the remaining 626 are being processed which 294 have technical issues.”

He said “out of the total certificates passed, 1,404 had errors.”

He noted that “corrections of all errors resulted in a net savings of Ghc 41.20 million.”

According to the administrator, “82 certificates have not been attended to because they have no contract documents. These amount to Ghc 15.5 million.”

Meanwhile, the Administrator dismissed claims that GETFund has borrowed $1.5 billion with no work to show for it.

He said that 22 E-blocks projects were yet to start, with 46 projects at various stages of completion.

He stated that nine model school projects were also awarded in 2019.

US Gov't Outlines Plan For Covid-19 Vaccine Roll Out