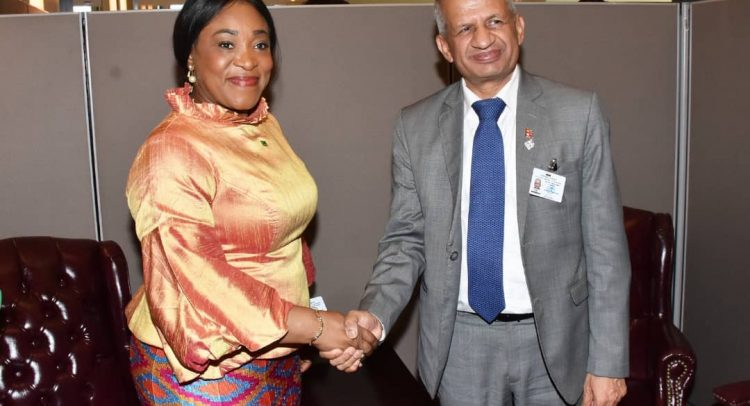 A communique to that effect was signed by Ghana’s Foreign Minister, Shirley Ayorkor Botchwey and her Nepalese counterpart, Pradeep Kumar Gyawali, in New York on the sidelines of the 74th session of the UN General Assembly.

She indicated that as members of the United Nations, Ghana and Nepal subscribe to common values and principles which make the decision to establish formal bilateral relations very necessary.

According to the Minister, the establishment of formal relations will afford the two countries the opportunity to cooperate effectively at the multilateral level on matters of mutual interest, such as the implementation of the Agenda 2030 on the SDGs, issues of climate, reform of the United Nations, the promotion of international peace and security, and fair international trade;

Furthermore, she noted that the signing ceremony also provides opportunities for strong and sustained bilateral cooperation between Ghana and Nepal in varied areas and sectors, including agriculture and agro-processing, textiles, the extractive industry, manufacturing and tourism.

She added that Africa represented the future of global trade and investment because of its natural resource endowments, the huge potentials of its human resource, its impressive economic growth and its expanding market size, especially the rising middle class;

In this regard, she cited the establishment of the African Continental Free Trade Area and its potential to propel the continent’s growth and development.

She therefore invited Nepal and its neighbouring friends and partners to look to Africa and Ghana in their search for new partners.

She indicated that Ghana was looking forward to building a genuine friendship and partnership with Nepal and express confidence that both sides will work diligently at achieving the objectives of the day.