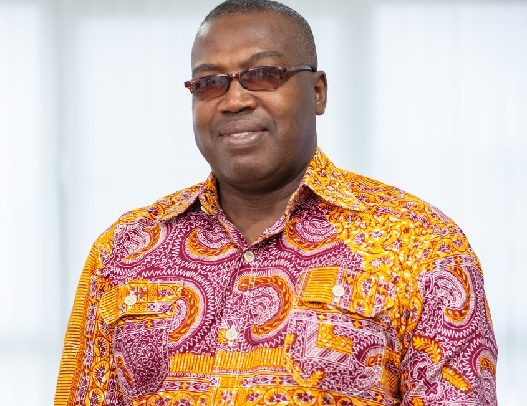 The Chief Executive Officer of the Ghana National Gas Company (GNGC), Dr. Ben K.D. Asante says his outfit will sponsor two journalists nominated by the Ghana Journalists Association (GJA) on a scholarship package to obtain a degree in the oil and gas sector at an accredited institution.

According to Dr. Asante, GNGC has an offer to help journalists acquire more knowledge in the energy sector through a formal and a semi-formal approach.

The second option, he reiterated, is to offer training opportunities to journalists willing to enrich their knowledge in the country’s energy sector, particularly in the gas sector.

Dr. Asante disclosed these Monday, when he received a delegation from the GJA, led by the President, Albert Kwabena Dwumfuor, in the GNGC boardroom.

“What we expect from GJA is fair and accurate reportage of issues…it will augur well for all of us to get educated in areas we are reporting on,” the CEO said.

Dr. Asante said he is happy to avail himself to deliver lectures on energy sector, particularly on oil and gas, whenever he is called upon to do so.

The CEO expressed concern about how some persons appear on media platforms as experts and misinform the public on energy issues, and further appealed to them to be circumspect in the manner in which they empanel people to offer so-called solutions on energy-related issues.

Speaking on the strategic role GNGC plays in the energy sector, Dr. Asante said it is worthy to note that, in spite of the country’s economic hardships, the supply of electricity to homes and industries has been quite stable, attributing this to the crucial role the company plays in the supply of natural gas, to power the generating plants.

“Unlike previous years, Ghana would have been paying huge amounts in US dollars for the supply of natural gas from Nigeria to power the plants. Now we don’t have many incidents of shortage in power supply because we produce about 80 per cent of the gas for power generation,” he announced.

Earlier, President of the GJA commended Dr. Asante and the Ghana National Gas Company, for the continuous support towards activities of the association, key among which is the yearly support towards the annual GJA awards.

Mr. Dwumfuor informed the GNGC leadership that GJA was bent on deepening the bond between it and GNGC.

“It is fair to engage key stakeholders and also to explore opportunities for mutual benefits and also share our vision and policies with major stakeholders,” Mr. Dwumfuor stated.

Head of Corporate Communication, Ernest Owusu-Bempah, in his remarks, encouraged journalists to read more about the sector so that they can actively participate in programmes organised by players in oil and gas.

According to him, he has observed that many journalists assigned to such events do not ask questions probably because they lack knowledge on the chosen subjects.

He, therefore, urged journalists to take advantage of the opportunity created by GNGC to acquire knowledge in the sector whether through formal or informal sessions.