Ghanaian, 2 Nigerians Freed From Trinidad & Tobago Jail – Thanks To Akufo-Addo 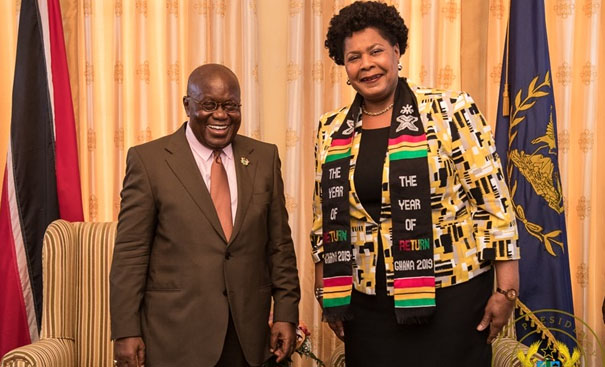 A Ghanaian and two Nigerians locked up in Trinidad and Tobago for various immigration offenses, are set to regain their freedom after President Akufo-Addo’s intervened.

The Ghanaian, Musa Ibrahim, was arrested by border agency officials of Trinidad and Tobago while travelling by sea with his child to neighbouring Venezuela. Upon his arrest, they requested that he called his wife to show up at the immigration office to prove that he had ties in Trinidad and Tobago. When his wife responded to the request, the officials handed the couple’s daughter over to her and imprisoned the man.

Nana Akufo-Addo who is on a 5-day tour of the Caribbean region, pleaded with Prime Minister of Trinidad and Tobago, Keith Rowley, to pardon the immigrant when the two leaders held a bilateral meeting as part of his visit.

“I have one piece of good news; the Ghanaian who is in jail for immigration problems, Prime Minister Rowley has assured me that he is going to be released. This is in honour of my visit,” he announced to the Ghanaian community.

Little was said about the two other West African nationals who also benefited from the visit but the Ghanaian leader informed the gathering that they will also be released and integrated into the community and allowed to stay.

The President also advised Ghanaians who plan to visit the Island with a population of 1.3 million, to respect the laws of that country and live peacefully with the people.

Universities To Track Students After Graduation

New Policy To Deal With Academic Fraud, Abuse Of Titles