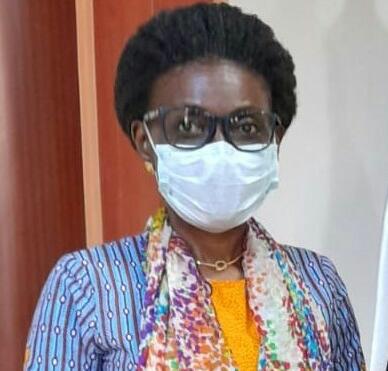 The United Nations (UN) has appointed a Ghanaian woman, Anita Kiki Gbeho, as Deputy Special Representative of the Secretary-General for the United Nations Assistance Mission in Somalia (UNSOM).

The UN Secretary-General António Guterres announced the appointment of Ms Gbeho in a news release.

Ms. Gbeho brings over 25 years of experience in strategic planning, coordination and management in political, development and humanitarian affairs at United Nations Headquarters and in field operations.

Her work has included establishing high level political and strategic relations with national authorities, regional bodies and partners in conflict and post-conflict environments and diverse settings such as Angola, Cambodia, Iraq, Namibia, Sudan and Somalia.

Since May 2018, Ms. Gbeho has served as Deputy Joint Special Representative of the United Nations-African Union Hybrid Operation in Darfur (UNAMID) where she led the development and implementation of the Mission’s transition strategy. From July 2015 to April 2018, she was Resident Coordinator and Resident Representative with the United Nations Development Programme in Namibia.

She has also served as Chief of Section in the Office for the Coordination of Humanitarian Affairs (OCHA) in New York and as Head of Office for OCHA in Somalia and Southern Sudan.

Ms. Gbeho holds a Bachelor of Arts in Social Sciences and African Studies from the State University of New York and a Master’s degree in International Relations from the University of Ghana.

Born in Accra, Ghana, Ms. Gbeho has a daughter.