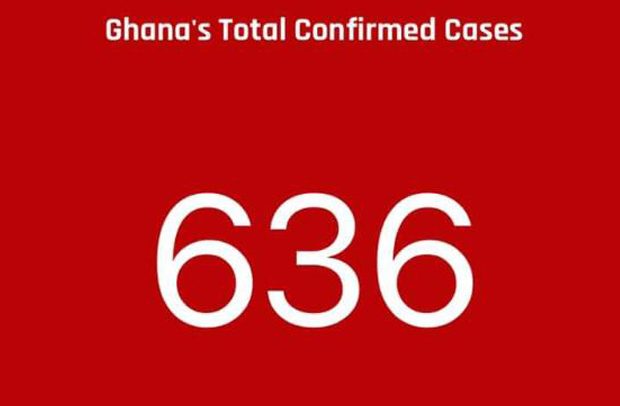 Ghana’s case count of confirmed coronavirus (Covid-19) has increased to 636 as at April 13.

The Ghana Health Service confirming the figures in its lateast case management response update, said as at Tuesday, April 14, the cases have increased by 70 more cases bringing the country’s total to 636.

Of the total confirmed COVID-19 cases, 268 were reported from the routine surveillance, 253 from enhanced surveillance activities and 115 from travellers under mandatory quarantine in both Accra and Tamale.

The GHS earlier today announced that 17 of the Covid-19 patients have recovered as they tested negative on repeat tests and have therefore been discharged.

605 cases have been categorised as mild disease and are on treatment with two patients said to be in moderate to severe condition.

None of the parients are in critical state currently.

However, eight persons have succumbed to the virus.

Since the institution of enhanced surveillance, restriction of movement and continuous public education to prevent the spread of cases of COVID-19, a total of 44,421 samples have been tested brining the country’s test per capita to over 1400 per a million population, which is the highest in Africa.

The GHS maintains the recording of more cases
is a result of intensive contact tracing and testing. 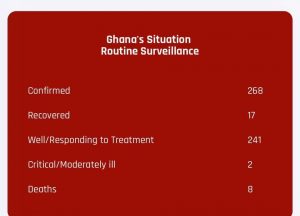 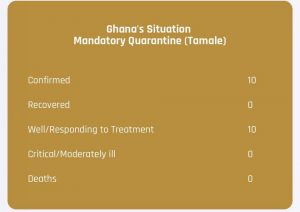 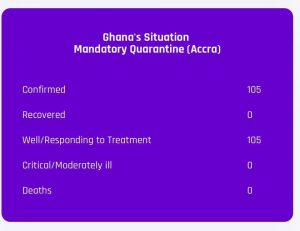