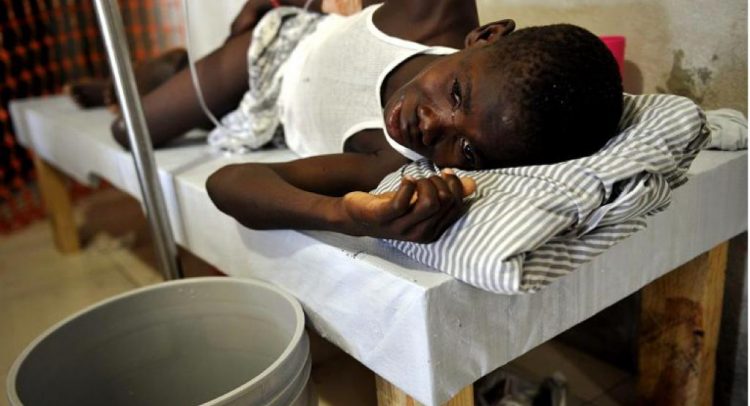 The Ghana Health Service (GHS) in the Bono Region has issued an alert over a cholera occurrence in the Dormaa Municipality.

The alert was made public following the confirmation of a case recorded in a 10 year girl from the Municipal.

“This is to inform you that the region has now recorded one confirmed cholera case in a 10-year-old girl from Dormaa Municipal.

On the 3rd of January 2023, the Dormaa Municipal alerted the region of a suspected cholera case.

The sample was taken to the Bono Regional Hospital for further investigation. On Sunday, the 8th of January 2023, the lab confirmed the sample to be positive for Vibrio Cholerae,” parts of the statement read.

The alert encouraged all District Health Directorates and facilities (government and private) to strengthen surveillance on Cholera (Any acute watery diarrhea) and other diseases of epidemic potential for prompt response actions if they do occur.

Also, they were to ensure that their epidemic preparedness plan for cholera is updated and submitted to the Regional Health Directorate through the Disease Surveillance Unit by Monday, 16th January 2023.

“Heads of BMCs are kindly requested to conduct investigations and collect specimens for laboratory confirmation and further actions for all suspected cases. You are also to intensify education on the prevention o cholera and other epidemic-prone diseases,” it added.

Cholera is an acute illness with profuse watery diarrhea caused by Vibrio cholerae and may cause severe dehydration in only a few hours.

In untreated patients with severe dehydration, the case fatality rate (CF) may exceed 50 per cent.

If patients present at the health facility and correct treatment is received, the CFR is usually less than one per cent. At least 90 per cent of the cases are mild, and they remain undiagnosed.

The disease is transmitted mainly through the feacal-oral route; that is through eating or drinking contaminated food or water.

The risk factors include; eating or drinking contaminated food such as uncooked seafood or shellfish from estuarine waters, lack of continuous access to safe water and food supplies, attending a large gathering of people including ceremonies such as weddings, funerals, and contacts with a person who died of cholera.