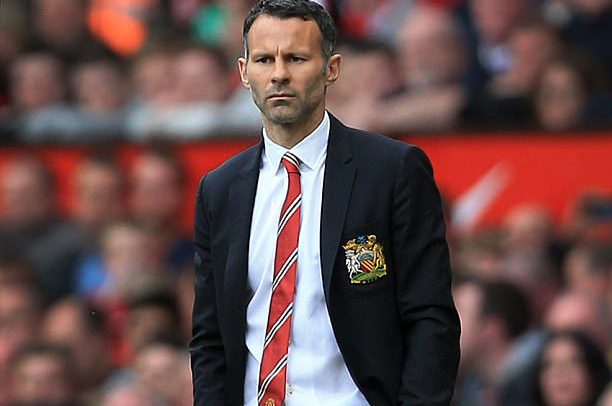 Former Manchester United and Wales star Ryan Giggs threw his then-girlfriend out of a hotel room while she was naked, a court has heard.

Mr. Giggs, 48, is on trial accused of controlling behaviour and assaulting his former girlfriend Kate Greville and her younger sister Emma.

In an interview heard by the jury, Ms. Greville, 36, told detectives Mr. Giggs was her “best friend and her soulmate” but he became “abusive and nasty”.

Mr. Giggs has denied all the charges.

He is charged with controlling and coercive behaviour against Kate Greville between August 2017 and November 2020.

He is also charged with assaulting Kate Greville, causing her actual bodily harm, and common assault of Emma Greville at his home in Worsley, Greater Manchester, on November 1, 2020.

Manchester Crown Court heard a police interview given by Ms. Greville weeks after she alleged the former Wales manager headbutted her in November 2020.

Prosecutors allege this happened when Mr. Giggs came back to his house as she was preparing to move out.

Explaining her decision to end the relationship, she said: “I needed to do something for me. I had everything taken away from me. I needed to take a bit of control.”

‘The whole life was a lie’

She said she was going to “disappear” from his life and had written him a letter, but events took over and it was not sent.

A tearful Ms. Greville told police: “The whole life was a lie.”

She told detectives Mr. Giggs had once “flipped” in a hotel room after she confronted him about messaging another woman.

She said he squared up to her, grabbed her wrist “hard” and “literally dragged” her naked across the floor and threw her and her belongings into the corridor.

Ms. Greville added that she was left feeling “humiliated and embarrassed”.

She told detectives that months before the alleged assault in November 2020, she found evidence that Mr. Giggs had had relationships with eight other women over the previous six years.

Ms. Greville said that she saw early “red flags” in the relationship and it was “almost like he was two people”.

She told detectives both she and Mr. Giggs were married when their affair started, and she was in an unhappy and controlling marriage.

“He would tell me about his marriage and he was not happy, I would talk about mine,” she said.

She said things “developed” from that point on and she left her husband two months later.

“He was like a best friend, a soulmate, he was the one to save me from that marriage,” she added.