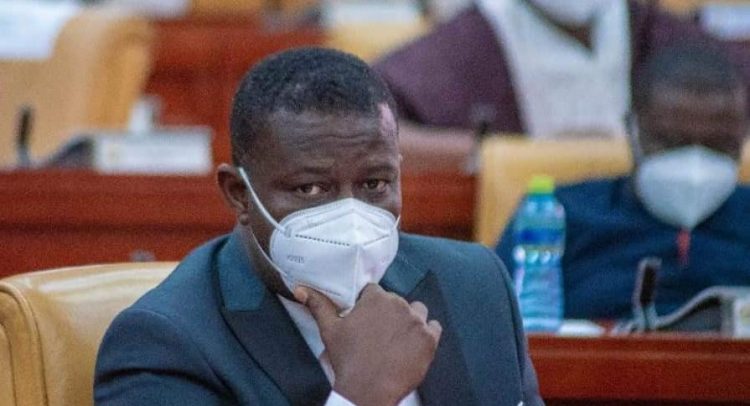 Majority Chief Whip and Member of Parliament for Nsawam/Adoagyiri, Frank Annoh-Dompreh is urging the opposition National Democratic Congress, NDC to take a cue from the ruling New Patriotic Party, and give the party founder, former President Jerry John Rawlings a befitting recognition.

According to Annoh-Dompreh, the NDC needs to set the rightful tone in the bid to celebrate the former President as a nation.

The Nsawam/Adoagyiri MP made these comments on the floor of Parliament where he admonished the NDC on the need to help Ghana celebrate the former President.

It appears the opposition party is divided by putting proper structures to recognize its party founder as the Rawlings family and the party as a whole is not on good terms.

But the MP, who even once noted that he dislikes the former President due to what his late father said to him (Dompreh) said Rawlings will be remembered for his role in transitioning Ghana from Military rule to Multi-party democracy.

In a post on his Twitter page, he advised the NDC to take a cue from the Danquah-Busia-Dombo Tradition & particularly give Rawlings a befitting recognition and also asked them to set the Rightful tone in our bid to celebrate him as a Nation…get it Right”.

JJ Rawlings’s death leaves a chequered legacy more divisive than ever. Different generations hold widely opposing views in both Ghana itself and across the diaspora.

Born in Accra, Ghana on 22 June 1947, Jerry Rawlings was the son of a Scottish farmer and a Ghanaian mother.

He died on 12th November 2020 at Korle Bu Teaching Hospital, Accra, after a short illness.