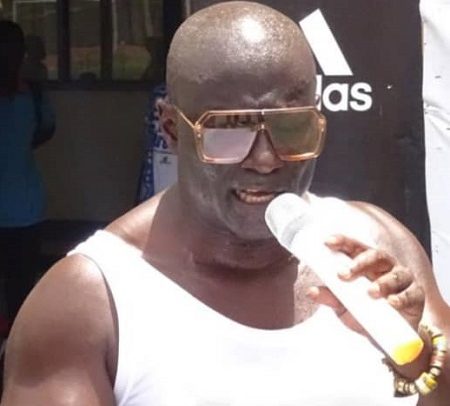 From March to August each year, organisers of the GNPC Ghana Fastest Human host 100m competition for all the regions using the five cities that have tartan tracks in Accra, Kumasi, Takoradi, Cape Coast and Tamale.

The competitions are open, meaning anyone can try out for free and the categories are in the U-10, U-15, U-18 and seniors. This is for both male and female.

After the nationwide 100m exercise, the organisers will select the fastest 300m out of the lot and in September, camp them, polish them and send them to Kumasi to find out which one of the regional champions will be crowned the overall GNPC Ghana’s Fastest Human for that year.

This has been going on in the last six out of the proposed seven- year 100m project. Ghana’s proven strength some years ago prompted the organisers to roll out the sprint-oriented crusade, and the programme has one more year to go, ending its first phase in 2020.

Not everybody gets the opportunity to travel abroad and the many that are left behind are camped and given same tutorials in the GNPC Speedsters Club with support from Adidas.

Later, four to six of the best potentials from the year under review are camped for a year in a well-furnished apartment, fed with the best nutrition, kitted with Adidas, taught by the best local sprints coaches and sports psychologists, among many other things.

The 2018 winners ‒ Grace Obuor and Edwin Gadayi ‒ are currently in the GNPC Speedsters Club and have already won gold medals at the African U-20 level.

They are currently in camp preparing for the African Games in Morocco scheduled for August 19 to 31.