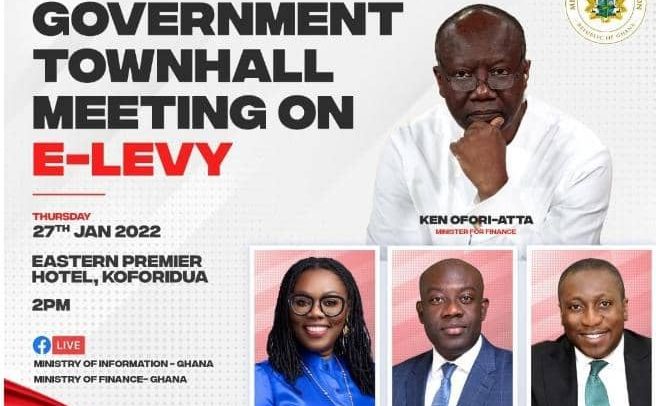 The exercise forms part of a series of engagements the government has planned to explain the importance of the E-levy as well as take feedback and inputs from relevant stakeholders on the levy.

The Government also says feedback from the town hall meetings will inform it on the implementation of the levy.

The E-levy is a new tax measure introduced by the government in the 2022 Budget on basic transactions related to digital payments and electronic platform transactions.

A charge of 1.75% will apply to electronic transactions that are more than GH¢100 daily, with telcos slashing their charges by 25%.

Also, to be in attendance at the forums will be sector-specific Civil Society Organisations (CSOs) and other relevant industry stakeholders.