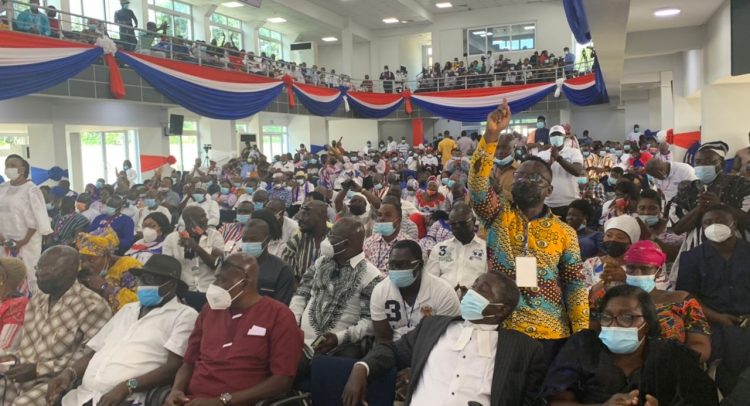 THE RULING New Patriotic Party (NPP) in the Greater Accra Region has held its annual national delegates’ conference in Accra.

The event, held at the Teachers’ Hall on Wednesday, brought together many party heavyweights from the constituency, regional and national levels.

Delivering a solidarity message on behalf of the Vice President, Alhaji Dr. Mahamudu Bawumia, former 1st Vice Chairman of the NPP, Fred Oware, commended the leadership of the Party for the peace, unity, and strength being witnessed in the party across all levels of the region.

He said the Vice President adds his voice to the ‘Break the 8’ chorus as the party aims at retaining power in the 2024 elections.

“Breaking the 8 is for the party. It is our responsibility and we need to be united and disciplined in order to break the 8”, he said. 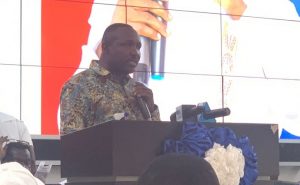 Director of Operations at the Office of the President, Lord Commey, delivering a message on behalf of President Akufo-Addo, admonished party supporters to work harder to retain power come 2024.

He lamented the abysmal performance of the party in the 2020 general elections where the party lost a whooping seven parliamentary seats in the Greater Accra Region alone and charged party leaders at the regional level to work hard in doing everything possible in their bid to retain power in 2024.

“In this conference today are party leaders. The power to break or make the party lies in your hands. Never again should what happened to the Greater Accra [Region] happen to the NPP again”, he cautioned.

“The President has said he would hand over power to the next NPP government. And like the Philistines, we must make the NDC never win any election in this country”, Mr. Commey added.

On his part, National Chairman of the NPP, Freddie Blay admonished party members in the region to be disciplined in all their activities as their actions would impact the other regions.

“Your conduct determines what happens in the other regions. Irrespective of who is the leader of the party, the interest of the party is paramount. Tolerate each other and be united so that we can regain all seats we lost in the 2020 elections”, he charged.

Greater Accra Regional Minister, Henry Quartey charged party supporters to be mindful of their utterances, especially on social media as they would have far reaching impact on the party.

“Mind your language! We’re already in power and therefore any inaction or misbehaviour of ours, will hurt our chances of retaining that power come 2024.”

He also admonished them to stand united while eschewing all forms of vices such as backbiting, gossiping and treachery in order not to repeat the 2020 incident.

“Let us let go of the past and unite to collectively ‘break the 8’. We shall continue to do our work and God will continue to be with us. Let us work hard to retain power in 2024 so that in 2015, a new president will be sworn from the NPP.”

Speaking on the loss of seven parliamentary seats in the 2020 elections elections, Mr. Boadu said: “It’s not about resources. It’s our own misunderstanding of agreeing that we’re in a democratic party, and for that matter, we failed to accept the decision of the party.”

He disclosed that leadership of the party was working “very meticulously” to ensure that the concerns raised by supporters during a nationwide visit by the national executives are factored into the operations and plans of the party going forward.

A minute of silent prayer, led by John Boadu, was said for the former Navrrongo Central MP, Kofi Adda, shortly after news of his sad demise reached the organizers of the conference.