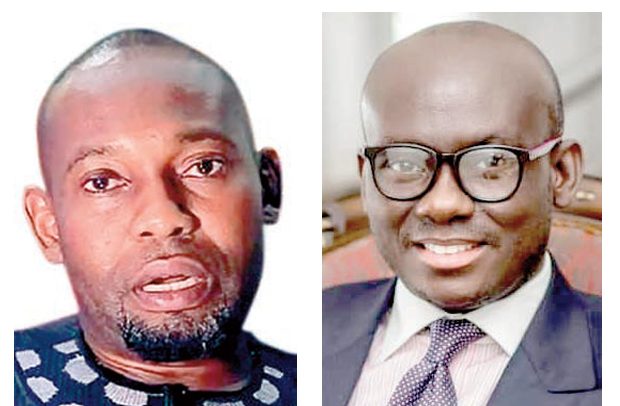 The Commercial Division of the High Court presided over by Justice Akua Sarpomaa Amoa last Friday dismissed an application for judicial review filed by Power Distribution Services Limited (PDS) against the Attorney General (AG), following the cancellation of PDS’ Operating Licences issued by the Energy Commission.

By two agreements – a Lease Assignment Agreement and a Bulk Supply Agreement both dated July 3, 2018, the Electricity Company of Ghana (ECG) had leased its assets worth billions of dollars to PDS and also permitted PDS to carry out ECG’s obligations regarding the distribution of electricity in the Southern Distribution Zone of the country.

The government also, in a separate agreement dated July 3, 2018, described as the Government Support Agreement, guaranteed the transfer of assets of ECG to PDS.

The three (3) agreements were a culmination of the commitment of the Government of Ghana and the Millennium Challenge Corporation (MCC) of the United States of America to undertake private sector participation (PSP) in the energy sector, with the objective of ensuring efficiency in the management, operation and investments in the electricity distribution business of ECG.

Conditions Precedent to the agreements entered into with PDS required the company to furnish to ECG Payment Security in the form of either a Demand Guarantee or a Letter of Credit issued by a Qualified Bank.

PDS submitted the Payment Securities in the form of Demand Guarantees issued by a Qatari insurance firm, Al Koot Insurance and Reinsurance (Al Koot) on February 27, 2019, two days before the Transfer Date of March 1, 2019.

Efforts by ECG to confirm the Demand Guarantees issued by ECG resulted in the receipt of a letter dated June 16, 2019, from Al Koot by which Al Koot denied the validity of the Demand Guarantees and had said among other things that “Al Koot is not authorised by its constitutional documents to underwrite counterparty and trade risk.”

It said also that “Al Koot denied the existence of the Guarantees, refused to accept any present or future legal obligations in connection with the purported Guarantees,” and concluded that “Criminal action will be instituted by Al Koot against personnel and all reinsurers who might have aided and abetted the fraudulent issuance of the unlawful Guarantees.”

The government and ECG consequently on July 2019, suspended the three agreements pending the conduct of a full inquiry into the circumstances of the letter written by Al Koot and upon completion of their investigations, on October 23, 2019, the government acting through the Energy Commission, cancelled the licences issued to PDS and ordered a transfer of ECG’s assets back to ECG.

The government had said the action was to safeguard the assets of ECG worth.

On February 12, 2020, PDS through its counsel, Minkah-Premo and Co., instituted a judicial review action against the Attorney General seeking a declaration among other things that “the suspension or cancellation of the Operating Licences comprising the Electricity Distribution Licence and Electricity Retail Sale Licence of the Applicant by the Respondent as per its letter dated July 30, 2019, is inconsistent with the condition precedent of prior hearing required by the Energy Commission Act, 1997 (Act 541) and therefore unlawful and void.”

They also wanted an order directed at the AG for the restoration of the PDS’ “Electricity Distribution and Electricity Retail Sale Licences pending the expiration of the post-termination transitional period under the Transaction Agreements or in the alternative compensatory damages for the unlawful suspension and or cancellation of the Applicant’s Licences.”

The Attorney General filed an opposition to PDS’ action in which he contended among other things, that, “the action was manifest without any basis and unwarranted within the specific circumstances of the facts leading to PDS’ action.”

The AG asserted that most of the reliefs claimed by PDS related to steps taken by the respondent to give the applicant a hearing, before the government proceeded to take the final decision to cancel the PDS’ licences by a letter dated October 23, 2019, and could therefore not be the object of a relief in a judicial review application and also said PDS’ action violated the express mandatory statutory provisions under Sections 20 and 21 of the Energy Commission Act, 1997 (Act 541), which required PDS to have complained to the Minister for Energy and request the Board of the Respondent to set up an arbitration panel to arbitrate and settle the dispute before a court action could be filed.

The Attorney General contended that depositions in PDS’ affidavit “were laden with deliberate misstatements and misrepresentations of fact,” and said the government did not breach the agreement.

Justice Amoa dismissed all of PDS’ reliefs and indicated that the full reason would be filed in the registry of the court.

It is noted that other issues relating to the operation of accounts in which PDS held various monies now supposedly belonging to ECG, were outstanding pending the determination of the court case filed by PDS.