Housing: UNOPS To The Rescue 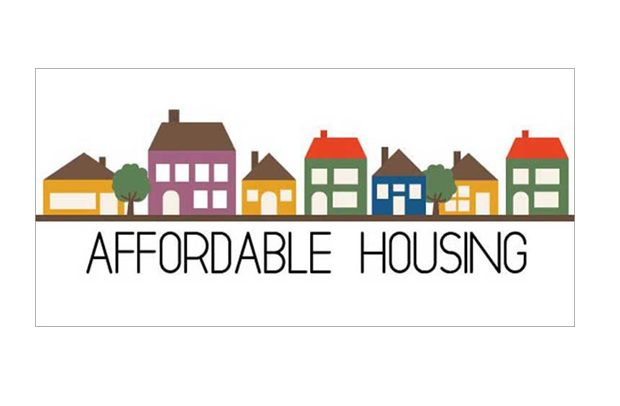 Housing or accommodation or shelter is one of the three most important needs of mankind. The other two being food and clothing. In the medieval ages, men (and of course women) ate from the wild and slept in caves and other such places. Society has transited from one form of accommodation to the other over the years and the state of where a particular group of people lived is determined by their economic status or climatic conditions. In fact, modernity and technology have made it much easier to provide all weather shelter for humanity.

These improvements, notwithstanding, there is a huge population in the world who still live in what has come to be known as slums. These are people outside the realm of refugees. In Africa today, there is hardly any city which is spared the ‘menace’ of a slum predominantly inhabited by the poor. They lack good drinking water, very poor toilet facilities where they exist and unhealthy livelihood because of poor sanitary conditions.

Ghana our beloved country is not spared this dearth of housing challenges confronting its population. If history will be truthful to itself, the only government of this country since independence that tackled the accommodation issue frontally was the General Ignatius Kutu Acheampong administration. For the younger ones, he built the Dansoman Estates, Teshie Nungua Estates, Anagye Estates in Takoradi and every region in this country had Estates built for the working class.

Besides these, he built Affordable Houses in almost all the District capitals throughout the country. Acheampong’s housing drive cannot be compared to any regime in our history. What happened to him later is known to all of us. Decent accommodation has become a major problem for this country over the years. The state’s investments into the housing sector has been the traditional lip service approach and lack of commitment to this very important human need.

Sadly for us as a people, even where governments have initiated and invested in some form of housing projects, these are abandoned by the succeeding regime which sits down for those projects to rot away for no other reason than politics. Instead of continuing and completing these projects, the new government abandons them and later starts new ones which are not completed, and when a new government takes over, it also abandons it.

In this needless and reckless abandoning of houses in which the tax payers’ monies have been sank, the populace has no decent places to lay their heads. The average and the middle class citizens struggle to own their own homes. Corruption is growing in this country because every average family is struggling to own a house to provide a decent shelter.

Apart from the corruption relating to the quest to own houses, we are also building without laid down regulations. Physical development precedes development planning thus creating ‘slums’ in modern settlements without drainage systems, no roads, no water and the sanitary conditions, so very poor.

To the poor, any public open space within the cities are enough to provide shelter. All manner of materials are then used to provide structures that serve as shelters for the people who create families there. Without water, toilet facilities and drainages, such places become so filthy and disease infested as part of our settlements as a people. This picture of human settlement can be found in many cities in Africa.

Many traditional settlements which have now been surrounded by modern developments remain as they were some 100 years back without any modernization taking place. Here in Ghana because of the absence of a workable Housing Policy, both governments and Estate developers are always going after virgin lands instead of regenerating existing communities and settlements and bringing them close to modern standards of accommodation.

In Takoradi for example, the colonial government built settlements with very inferior building materials for the purposes of accommodating workers for the construction of the Takoradi Harbour and the Railways. Almost 100 years of putting up these mud houses in Effiakuma and other such suburbs in the Twin-city, they remain the same by and large. They were provided with public toilets, common public bath-houses and kitchens. The houses have passed on from generations to generations and they remain the same.

Indeed, they have deteriorated even as the population grows in heaps and bounds. In the few occasions when governments have decided to build houses, they enter unto virgin lands to build instead of pulling down the collapsing state houses and regenerating the settlement. Over the years, the occupants seem to have taken ownership of those houses and in the absence of modern amenities, filth and its attendant diseases are the lots of those living there.

The Vice President, Dr. Alhaji Mahamudu Bawumia last week launched a 100,000 housing project at Amasaman in the Greater Accra Region. He did cut the sod for the beginning of the construction of 6,500 homes in the District. My question is; are these houses being built on virgin lands or reclaiming very poor settlements and modernizing them? I am just asking.

My first year study of economics taught me that Land is limited and has alternative uses. What we are doing in this country is that we are using every arable land close to the major cities and towns for housing purposes when such lands originally were producing fruits and vegetables for our consumption in the agricultural sector.

As I have stated above, we will do our cities a world of good if we look at the poor communities and regenerate them, we will at the same time be dealing with insanitary conditions in our cities and towns. Those living in those areas are also human beings who must be helped to live decent lives. Our brothers and sisters living in the Zongos are also not happy living under the conditions they live in namely; lack of potable water, inappropriate toilet facilities, cooking in the open, poor drainage systems, the lack of waste disposal facilities and all the bad things associated with poor settlements in our country.

Modern societies elsewhere used to be backwards in terms of social amenities, their governments have changed their status into modern settlements through affirmative action.

Apart from the mounting insanitary conditions found in poor settlements throughout the country, such places also harbour criminals of all levels. Average men and women who are of the under –world, live in very poor communities, sleep during the day time and operate in the night. They create a world of their own, and move into the world of the rich, in the night, to rob them of what they have. The only criminals in our society who live in expensive and modern settlements are those who use the pen to rob the nation of its resources and get away with it.

My prayer to the Vice President and the Minster for Housing and Water Resources is that they regenerate some of the settlements in our towns and cities with this intervention from UNOPS. The poor also deserve good living. In fact, they also vote.

No Producer Ever Demanded Sex From Me For Roles