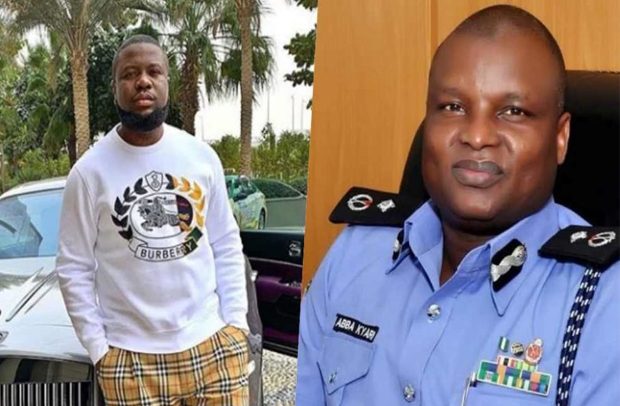 According to Huspuppi, the police commissioner, Abba Kyari, aided his $1.1 million deal

US authorities in new
evidence released after Huspuppi pleaded guilty to get a reduced sentence of 20 years, uncovered that Hushpuppi once used the services of the Deputy Commissioner of Police, Abba Kyari, to have a fellow fraudster arrested for ratting him out to his victim.

“Court documents outline a dispute among members of the conspiracy, which allegedly prompted Vincent to contact the victim and claim that Abbas and Juma were engaged in fraud. After this contact, Abbas allegedly arranged to have Vincent jailed in Nigeria by Abba Alhaji Kyari, 46, of Nigeria.”

Huspuppi pleaded guilty to moneylaundering in a US Court earlier today.

He had earlier reportedly agreed to plea guilty and has finally done so in the court in Los Angeles, California.

It would be recalled that Hushpuppi was arrested in June 2020 along with other suspects in Dubai and accused of being the leader of a group that facilitates computer intrusion, business email compromise (BEC) fraud and money laundering.

He initially pleaded not guilty to the four-count of conspiracy to commit wire fraud, money laundering conspiracies, international money laundering and engaging in monetary transactions in property derived from specified unlawful activity.

However, the US Department of Justice insisted that he led an opulent lifestyle on social media funded by a cybercrime syndicate involved in email compromise or BEC scheme, hacking corporate emails and tricking staff into making money transfers.

“Abbas maintains social media accounts that frequently showed him in designer clothes, wearing expensive watches and posing in or with luxury cars and charter jets. The FBI’s investigation has revealed that Abbas finances this opulent lifestyle through crime,” according to the court document.

“Abbas and others further conspired to launder hundreds of millions of dollars from other fraudulent schemes and computer intrusions, including one scheme to steal £100m (approximately $124m) from an English Premier League soccer club,” the Department of Justice indicated months ago.