‘I Am Happy For My People’ 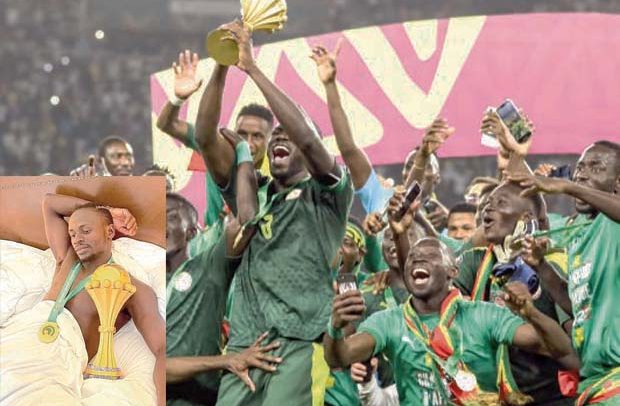 Sadio Mane says winning Senegal’s first Africa Cup of Nations is the highlight of his career, and that he is happy for his countrymen.

He scored the winning penalty in the shootout against Egypt, having seen a first-half spot-kick saved as Sunday’s game ended 0-0 after extra time.

The West Africans had previously lost two Nations Cup finals, including a 1-0 defeat by Algeria three years ago.

“It’s the best day of my life and the best trophy of my life,” the 29-year-old Liverpool forward said.

“I won the Champions League and some [other] trophies but this is the special one for me. This is more important for me.

“I am happy for myself, my people and all of my family.”

Mane had been given a chance to give Senegal an early lead in Cameroon after Saliou Ciss was brought down in the area by Mohamed Abdelmonem in the fourth minute.

However, he saw his attempt beaten away by Egypt keeper Gabaski.

Mane credits his team-mates with giving him the strength to return in the shootout, where he sealed a 4-2 triumph.

“When I missed the first penalty, it was a big blow for me,” he said.

“But my team-mates came to me and said ‘Sadio, we lose together and we win together. We know you. You have done too much for us – keep on going’.

“That made me stronger and I think it made the difference when I got the second one.

“All the boys came to me and said ‘Sadio, we trust you’ and that gave me more motivation. The trophy belongs to the whole Senegal team – everyone deserves it.”

Mane was also named player of the tournament, and the morning after the final he posted a picture of himself in bed with the trophy and his winner’s medal.